Senator Vincent Hughes to be honored at Lincoln University Commencement 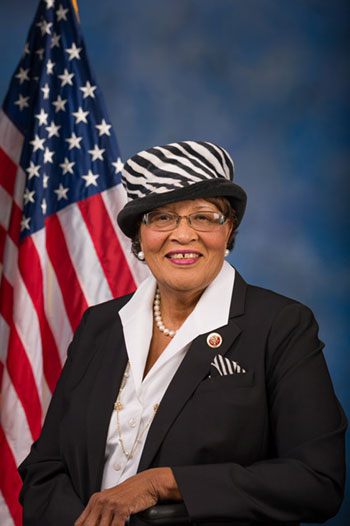 Dr. Alma S. Adams was elected to her second term representing the 12th Congressional District of North Carolina on November 8, 2016. After winning a special election in November 2014, Adams was sworn in immediately as the 100th woman elected to the 113th Congress.

Representative Adams sits on the Committee on Education and the Workforce, the Agriculture Committee, the Small Business Committee, and the Joint Economic Committee. She currently serves in several leadership positions including Assistant Whip for the Democratic Caucus, Vice Ranking Member of the Small Business Committee, and ranking member of the Small Business Subcommittee on Investigations, Oversight, and Regulation. The Congresswoman is the founder of the first ever Congressional Bipartisan HBCU Caucus and she is part of the Congressional Black Caucus, among several other caucuses. Throughout her career, Representative Adams has promoted quality education for all students, such as spearheading legislation to boost funds for Historically Black Colleges and Universities, providing nutritious breakfasts in schools, and supporting increased pay for teachers.

More than 400 students will graduate from Lincoln University at the May event with President Brenda A. Allen presiding. The ceremony will be held outside on the Living Learning Center Lawn at 10 a.m. Tickets are not required for the outdoor ceremony; however, in case of rain, tickets are required for the rain location in Manuel Rivero Hall. Baccalaureate will be held May 5 at 4 p.m. in the International Cultural Center.