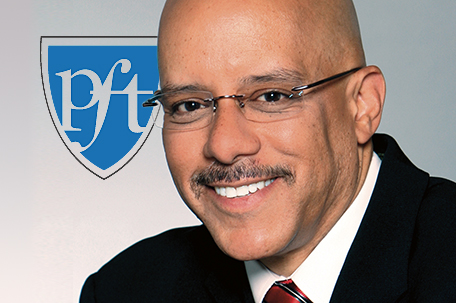 Senator Vincent Hughes issued the following statement in response to Pennsylvania Commonwealth Court’s decision to prohibit the Philadelphia School Reform Commission from unilaterally canceling the contract with the Philadelphia Federation of Teachers (PFT):

“This is a great decision by the Court that prohibits the School Reform Commission (SRC) from trying to circumvent the collective bargaining process. We are now at a point where the Commonwealth Court has spoken and both sides can get back to the bargaining table. I strongly encourage the SRC to forgo any appeal to this decision and start working proactively with the Philadelphia Federal of Teachers to fairly negotiate a contract that benefits all parties.

“It’s important to remember that more than 5,000 school employees have been laid off in the past four years from the School District. The teachers that remained haven’t gotten a raise in three years. They have also offered significant concessions in negotiations, including additional payments by employees for health insurance.

“I am hopeful that the new environment, especially with a new governor in Harrisburg, will lead to a quick resolution. It’s now up to both the SRC and the PFT to come together and get a fair contract negotiated as quickly as possible.”

Senator Vincent Hughes represents the 7th Senatorial District, which includes parts of Philadelphia and Montgomery County. He is also the Democratic Chairman of the Senate Appropriations Committee.