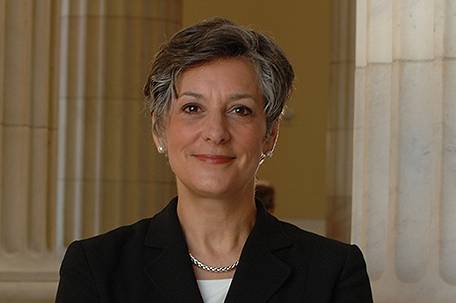 “The Healthy Food Financing Initiative will make an enormous difference in the lives of thousands of Pennsylvanians and the 24 million Americans who don’t have access to healthy foods. This public-private partnership will create solid, good-paying jobs across Pennsylvania while boosting local economic development and strengthening our neighborhoods,” Rep. Schwartz said. “By providing healthier food retail options in urban and rural areas, we can ensure Pennsylvanians have the opportunity to live longer, healthier lives and save billions in health care costs nationwide.”

Rep. Schwartz introduced the HFFI bill (HR 2343) in June 2013 and her proposal was included in bipartisan legislation (HR 2642) the House passed last week to authorize U.S. agriculture policy for the next five years.

Modeled after the successful Pennsylvania Fresh Food Financing Initiative, the HFFI is a public-private partnership that expands investment in underserved communities, known as “food deserts,” by providing flexible grant and loan financing. Since 2011, the HFFI has supported a wide range of innovative projects in rural, urban, and suburban communities. On average, a 50,000 square foot supermarket creates 250 full-time jobs, associated construction work, and expanded opportunities for American farmers.  A 10,000 square foot supermarket creates 25 full- and part-time jobs.

The Reinvestment Fund, and The Food Trust, which were instrumental in developing the Pennsylvania Fresh Food Financing Initiative, hailed Congresswoman Schwartz’s successful effort to win congressional support for the HFFI.

“I applaud Congresswoman Allyson Schwartz on her leadership and support for this innovative effort to improve access to healthy, affordable food for all Americans,” said Yael Lehmann, Executive Director of The Food Trust, a Philadelphia-based nonprofit.

“From supporting the early efforts of the Pennsylvania Fresh Food Financing to advocating for the national HFFI, Representative Schwartz has been a steadfast proponent of efforts to improve healthy food access,” said Don Hinkle-Brown, CEO of the Reinvestment Fund. “We applaud her leadership in endorsing this important legislation that recognizes HFFI as vital to building healthy communities. As we know from our HFFI-supported projects such as Fare and Square in Chester, Pennsylvania, HFFI is about more than improving healthy food access, it is about creating jobs and spurring economic growth.”

“I commend the perseverance and leadership of Representative Allyson Schwartz in securing this critical funding for the national Healthy Food Financing Initiative,” said Jeff Brown, President of Brown’s Super Stores and operator of 11 ShopRite supermarkets in the Philadelphia region. “This creative initiative builds on the successful model developed in Pennsylvania and expands it to the entire country to provide families and communities with healthy and affordable food.” Brown is the Treasurer of the Pennsylvania Food Merchants Association.

“Congreso serves Philadelphia neighborhoods with the highest rates of poverty (54 percent), unemployment (26 percent), and food insecurity (36 percent) in Pennsylvania. The average life expectancy of those in our service area is 20 years shorter than that of all Pennsylvanians, with 60 percent of our clients suffering from chronic diseases and 70 percent of children in our area being overweight or obese. The Healthy Food Financing Initiative would help to further our work in the areas of primary care, nutrition and wellness, and workforce development, and allow for much needed resources for these populations everywhere,” said Cynthia F. Figueroa, President and CEO of Congreso, Philadelphia’s largest nonprofit agency serving the Latino community.

Hilary O. Shelton, Director NAACP Washington and Senior Vice President for Policy and Advocacy, said, “The Healthy Food Financing Initiative is a critical step in reducing the prevalence of food deserts and the lack of healthy food options that have caused significant hardships throughout African-American, other racial and ethnic minority and low-income communities. The NAACP looks forward to continuing to work with Congresswoman Schwartz and other congressional leaders in this crucial effort to increase the affordability, accessibility, and nutritional value of foods for all of America’s families.”

“The success in having the Healthy Food Financing Initiative included in the Farm Bill is a huge step toward improved access to healthy food for low-income communities across the country.  We are grateful to Congresswoman Schwartz for her support and leadership in helping make this happen,” said Judith Bell, President of PolicyLink, a research and action institute focused on advancing economic and social equity.

According to the U.S. Department of Agriculture, more than 24 million Americans live in “food deserts,” defined as either urban areas without access to a supermarket within one mile, or rural areas lacking similar access within ten miles. This lack of access to healthy foods has exacerbated the growing epidemic of obesity, diabetes and other diet-related health problems in these communities.