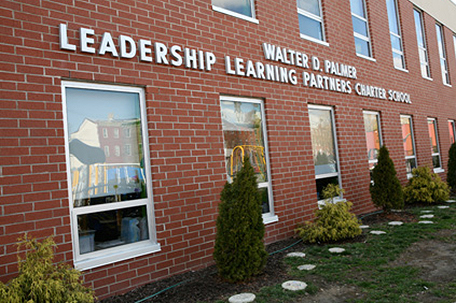 Last week The School District of Philadelphia announced that it will recommend to the School Reform Commission suspending and revoking the charter for the Walter D. Palmer Leadership Learning Partners Charter School.

The recommendation is based on findings of serious academic under performance for over six years, continual violations of its charter, charter school law and policy,  failure to meet minimal financial standards and audit requirements, and fraudulent billing for students not enrolled at the school for the sum of approximately $770,000 in the 2012-2013 academic year.

“This difficult decision was made with substantial evidence that this school is not serving the needs of students and their families,” said Dr. William R. Hite, Superintendent.  “We require better student outcomes from a public institution that was granted a charter to educate children.  We must use all of our resources towards supporting students in academic success.”

Palmer told the Philadelphia Public School Notebook that he felt the district’s actions were both “punitve” and political.

He also said that he isn’t going to give up.

“You have to fight back,” Palmer said. “There’s no question about it. You can’t blame charter schools for the failures of the public schools. The public schools have been failing for years.”

If approved by the SRC, the recommendation will suspend pupil payments as of July 1, 2014 and trigger revocation procedures that will include an official hearing before the SRC makes its final revocation vote.  The recommendations were considered by the SRC during its regularly scheduled meeting this Thursday.

The School District is developing a plan for affected students that will allow them to attend higher performing traditional public and charter schools. Letters will be distributed to parents today about the recommendations and next steps.

The Walter D. Palmer Leadership Learning Partners Charter School (WDPLLP) currently operates grades K-12 at two locations: the lower school (grades K-4) is in the Kensington neighborhood of North Philadelphia (910 N. 6th Street) and the upper school (grades 5-12) is in the Tacony neighborhood of Northeast Philadelphia (5502 Harbison Avenue).  The charter school also operates a pre-kindergarten program at its Kensington location.  In 2010, the school’s charter was renewed by the SRC with an approved enrollment limit of 675 students.  Currently the charter enrolls 1,289 students.  This fiscal year the charter school is projected to receive approximately $12.6 million in per pupil payments from the School District and the Pennsylvania Department of Education.