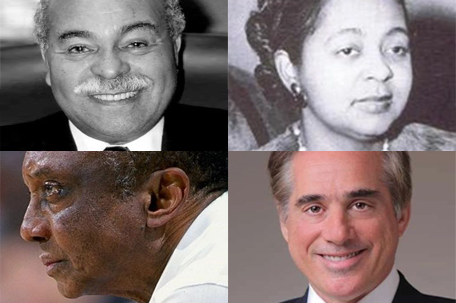 People who have made important contributions to Philadelphia will be honored at the second annual Philadelphia Legacies Awards Dinner 4:30PM, Sunday, October 1 at the Seaport Museum on Penn’s Landing. Organized by Moonstone Arts Center and the Bridging Worlds Mentor Program, the celebration was established in 2016 as an annual observance to strengthen awareness of the city’s diverse cultural heritage and its importance as a destination for visitors from around the world.

A portion of the proceeds from the dinner will benefit One Step Away, a newspaper produced and sold by the homeless; The Veterans Group, which provides shelter and services for homeless veterans; National Federation of Black Veterans Network, which counsels and reconnects vets to their communities; and Veterans in Public Service, which helps vets access veterans’ benefits.  In 2016, a portion of the proceeds was donated to the House of Umoja and Moonstone Arts Center.

For more information, go to http://philadelphialegacy.org.