The Run For The Second Floor 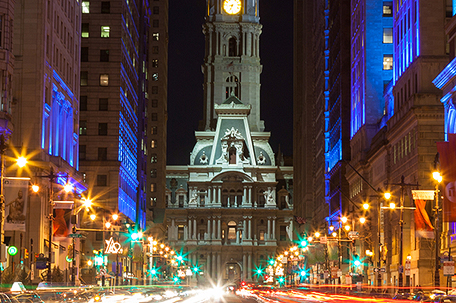 A rather disparate bunch of people is running to succeed Michael Nutter as Mayor of Philadelphia.  And that’s just the Democratic primary.

Anybody remember the MTV show “The Real World”?

“The Real World”, which did have a season here in Philadelphia by the way, picked seven random people, put them in a really nice place, gave them a job on which they could never afford the rent on that nice place otherwise, and watched as chaos ensued.

From now until May 19, Philadelphia is going to witness its own version of “The Real World”. The only difference will be that the participants won’t be living in a house together. And hopefully, no one will be in a bathing suit or running around in their underwear.

But the participants in “The Real World: Race for Mayor of Philadelphia” will probably stop being polite and start getting real any minute now.

The group of people running for Mayor this time around is a fairly eclectic bunch and is made up of folks you’ve heard of, folks you’ve never heard of, and folks that are making some of you wonder “Why is this person running for mayor?!”

But while there are six candidates, only three are being taken seriously by those who determine such things, something that bothers political consultant Anthony Ingargiola. When Nutter ran for the office eight years ago, the list of heavy hitters vying for the Democratic nomination was expansive.

This year’s list of folks isn’t inspiring the same sort of awe, he said.

“This is supposedly an open seat, so there should be an open race,” he said. “In 1991, when there was an open seat, we had a full slate of candidates. You had Ed Rendell, George Burrell, [the late Congressman] Bill Gray, a lot of serious people that had a legitimate shot. It was the same thing in 1999. You had a lot of big names that thought they could win and the race was heavily contested. There’s a lack of heavy hitters this year.”

In fact, people were more interested in who wasn’t running. Had he decided to do it, City Council President Darrell Clarke would have definitely been a heavy hitter, as would City Controller Alan Butkovitz. But that neither of these men decided to run became a big story.

Because of this, the early wisdom put the Democratic nomination in Williams’s hands. When there’s only one heavy hitter, that’s where voters gravitate, Ingargiola said.

But it’s hard to believe that Lynne Abraham, who was re-elected District Attorney by sizable margins five times, isn’t a heavy hitter. Her name recognition is equally as high as Williams’.

But it’s what she’s known for that might be holding her back, said Jay McCalla, a political consultant who has held several executive positions in Philadelphia City government and currently contributes to Philadelphia Magazine’s “Citified” column.

“Name recognition doesn’t necessarily translate into popularity, just ask [convicted former Penn State coach] Jerry Sandusky,” he said. “What Lynne is known for and recognized for doesn’t translate into positives for her, not with progressives or minorities.”

Besides, McCalla said, Williams has the most organized and best financed campaign

“He was already putting people together a year ago,” McCalla said. “He’s going to be dominant in the money game and he has name recognition. It’s his race to lose, but he knows how to win it.”

On the one hand, McCalla was right for the most part. As of Dec. 31, Williams had $425,897 with Abraham trailing him with a $424,677 balance that includes contributions made as of Jan. 31. But much of Abraham’s total contains money she’s loaned her own campaign, according to fundraising records.

(Attorney and businessman Ken Trujillo and former Redevelopment Authority head Terry Gillam, both of whom have since dropped out of the race, raised $194,471 and $141,495 respectively.)

But with the exception of his support for charter schools, Williams is an unknown outside of his Senate district, said Judith Robinson, a community activist based in North Philadelphia.

“He hasn’t told us his story,” she said. “We know about his support for charters, but we don’t know what kind of leader he would be. If he wants to be mayor, he needs to shows us why we should trust him as a leader.”

With Abraham and Williams being the two heaviest hitters in the race, progressives and unions were less than happy with their choices. Between Williams and his support of charter schools and Abraham’s support of the death penalty, progressives were looking at a Democratic primary that would require them to vote while holding their noses, said Marc Stier, a political consultant who worked on the gubernatorial candidacy of former U.S. Rep. Allyson Schwartz and a former candidate for City Council.

Kenney’s entry into the race saved them from having to do that, Stier said. Although some might have a problem with Kenney’s connection to Local 98 Business Manager John Dougherty, they’ll be able to go to the voting booth without having to find a clothespin first, Stier said.

“These two groups don’t like Williams’s position on schools and would provide an important base for another candidate,” he said. “Because Butkovitz and Clarke didn’t run, Kenney became that candidate.”

And while McCalla believes that Williams will do better with the city’s mostly African American electorate than anyone else, Stier believes that Kenney might give him a run for his money in that area as well.

“Race plays a big part in how people vote, “ Stier admits, “but a credible White candidate will do better than you think. Kenney has far more racial crossover appeal than Williams and if the unions really get behind him, they have influence over a large African American constituency. It could be interesting.”

With so much focus on Williams, Abraham and Kenney, there’s not a lot of attention being paid to Diaz, Oliver and Street.

Oliver is young and this is his first run for political office. Street is, well, Milton Street.

But that Diaz is being ignored is a surprise to many because he represents a fast-growing minority group: Latinos. If this group made its voice heard, it could make a definite impact.

Don’t bet on that, McCalla said.

“Nelson Diaz is a good man and a fine attorney,” he said, “And Latinos are his base. But they don’t vote.”

It’ll be interesting to see who emerges from “The Real World: Race For Mayor of Philadelphia” house when the Pennsylvania primary is held on May 19.

Get to know them…