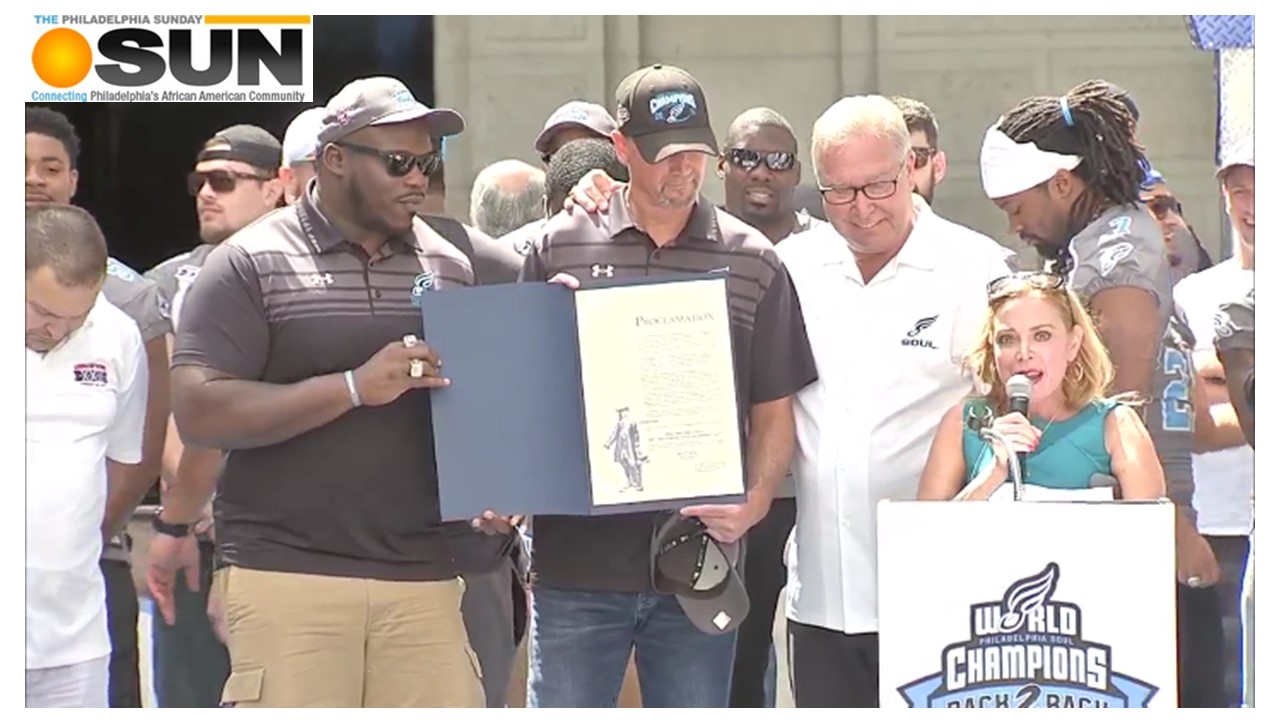 On Wednesday, Philadelphia hosted a rally at City Hall for arena football team Philadelphia Soul.  None could have been prouder than the team’s majority owner Ron Jaworski.

“Philadelphia had more viewers than NFL football. Don’t tell me people don’t care about the Philadelphia Soul!” said a fired up Jaworski, referring to viewership numbers.

Jaworski also bragged about the number of fans in the seats.

“14,000 at the Wells Fargo Center Saturday night made the difference.”

The celebration also included a proclamation from the City of Philadelphia declaring August 30, 2017 as Philadelphia Soul World Champions Day.

The Philly bromance and sisterly affection was in the air as Soul players and executives exchanged words of praise.

Soul defeated Tampa Bay Storm with a score of 44 to 40 Saturday night in ArenaBowl 30.

This is the second consecutive win in the Arena League World Championships for Philadelphia Soul.

Head coach Clint Dolezel was also proud, but had thoughts of his home state in mind as Houston battles floods from Hurricane Harvey.

“I want to thank the owners. We could not have done it without you…..I want to thank City of Philadelphia for sending the first responders to my home state of Texas,” said Dolezel.

Ron Jaworski gushed about the Mayor’s support for the team.

“Mayor Kenney has a been strong advocate for Philadelphia Soul.  We love Philadelphia. We love sports. Humbled to be standing on stage with these incredible group of athletes. They are not only talented but they are humble. They are the kind of people love to route for and cheer for!”