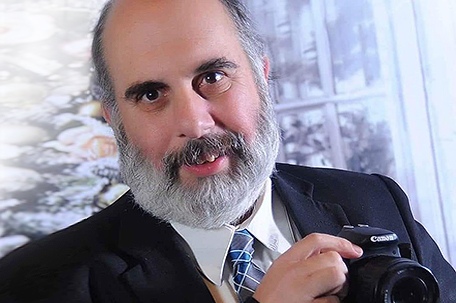 by Jenice Armstrong and

Robert Mendelsohn, 61, a White photographer who was known and beloved for chronicling Philadelphia’s Black social scene, has died.

Mr. Mendelsohn was found dead Friday night at his Germantown rooming house after he failed to respond to messages, according to his sister Judith Mendelsohn Marcus, of Delran, Burlington County. She said the cause of death was heart disease. A time of death has not been determined.

“Rob and his camera were a fixture in and around Philadelphia’s African American community for decades and his images captured the celebrations, triumphs, and tragedies of black life,” the Philadelphia Association of Black Journalists said in a Facebook post announcing his death.

“Robert has been at every single event … that my office has hosted for the last 19 years and he always traveled on public transportation,” she said. “He was devoted to the media outlets he represented. … He always had a smile.”

Mr. Mendelsohn grew up in Feltonville, the son of Philip and Adele Mendelsohn, a warehouse worker and a retail worker. In a 2013 interview, he said his was one of just several Jewish families in a neighborhood populated mostly by white Roman Catholics. He said that he gravitated toward African Americans after black students started to be bused to his school.

After graduating from Olney High School in 1975, he worked as a warehouse stock clerk and did some telemarketing. As a hobby, he’d hang around outside The Mike Douglas Show collecting autographs and photos of celebrities as they exited the KYW-TV studios at Fifth and Market Streets. He also traveled to New York, collecting photographs of himself with stars like Natalie Wood, Muhammad Ali, and John Travolta.

In 1994, he took a job as an in-store photographer at a Kmart in the Northeast, his first paid photography job. He caught a professional break when he sneaked into the 1995 National Association of Black Journalists conference in Philly to photograph Johnnie Cochran, the defense attorney from O.J. Simpson’s murder trial. A reporter for the Sun invited him to shoot pictures for the paper.

“My photography career really was a fluke,” he said in a 2012 YouTube video tribute produced by Joann Guerilus.

In the African American community, Mr. Mendelsohn turned his position as an outsider into “the ultimate insider” and won a “level of trust” from the people he photographed, Bobbi Booker, a Philadelphia journalist, said in the YouTube documentary.

Booker posted a tribute Saturday in which she likened Mr. Mendelsohn to the disheveled television detective Columbo, and called him a “survivor who was an unlikely celebrity behind, and in front of, the camera.”

Mr. Mendelsohn told Guerilus he just wanted to be remembered as “a nice guy who did the right thing and never hurt anybody and took a pretty good picture that most people seemed to like.”