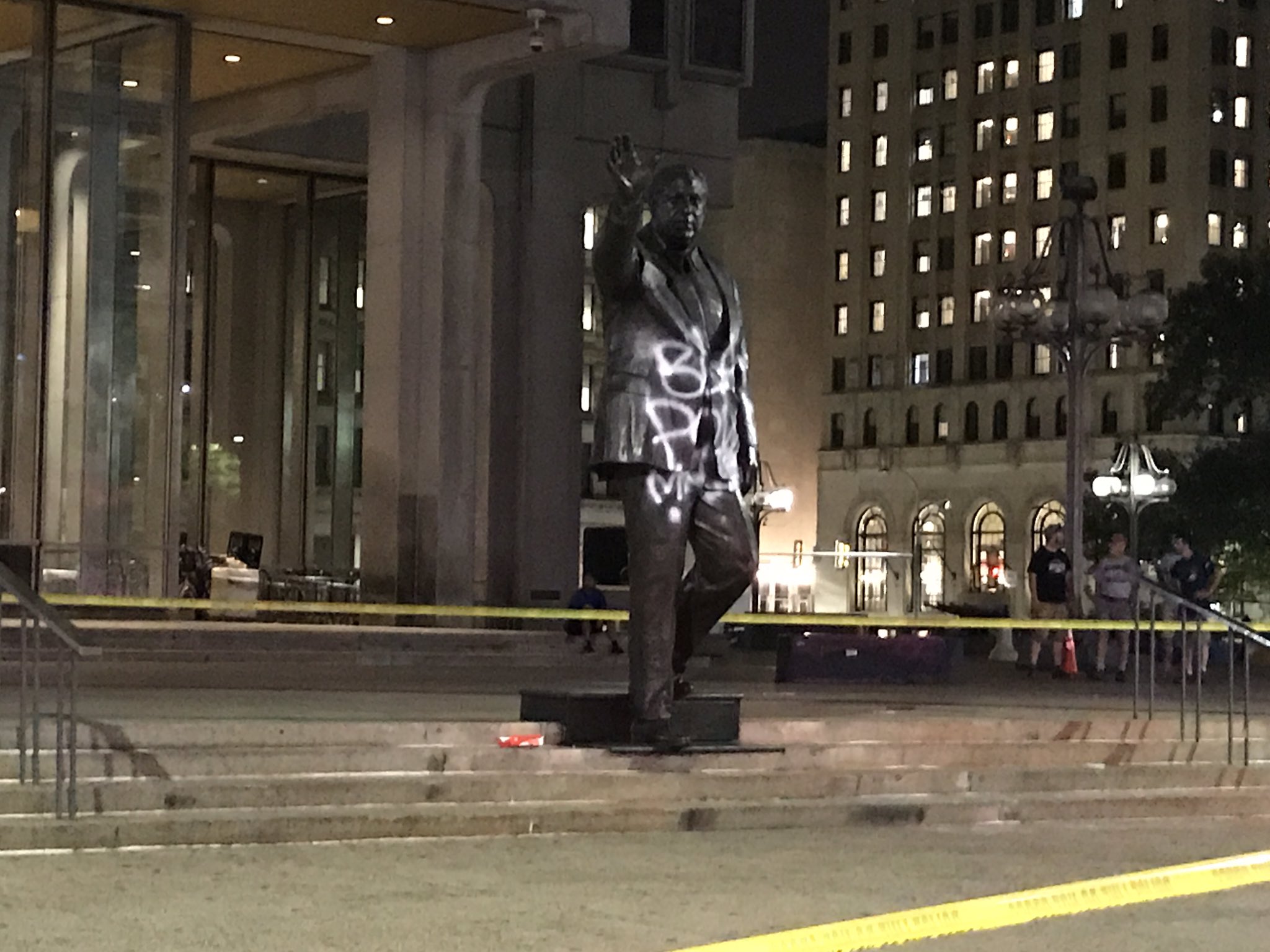 The controversial Frank Rizzo statue across from City Hall was vandalized on Thursday evening.

The statue was spray-painted with the message ‘Black Power.’ By Friday morning crews had removed the paint.

The Rizzo statue has long been a source of conflict for Philadelphians—with petitions calling for it to be removed. There is also a counter-petition for the statue to remain.

Rizzo, a former Philadelphia Commissioner was elected and re-elected as Mayor of Philadelphia from 1972-80.  Many in the African American community remember the Rizzo era as a reign of terror where minorities were brutalized and targeted by the police.

In light of the recent events and tragedy in Charlottesville, Councilwoman Helen Gym called for the statue to be removed but also stated that dialogue was important.

Mayor Kenney gave a statement that it was time to begin discussions on whether the statue should be removed.