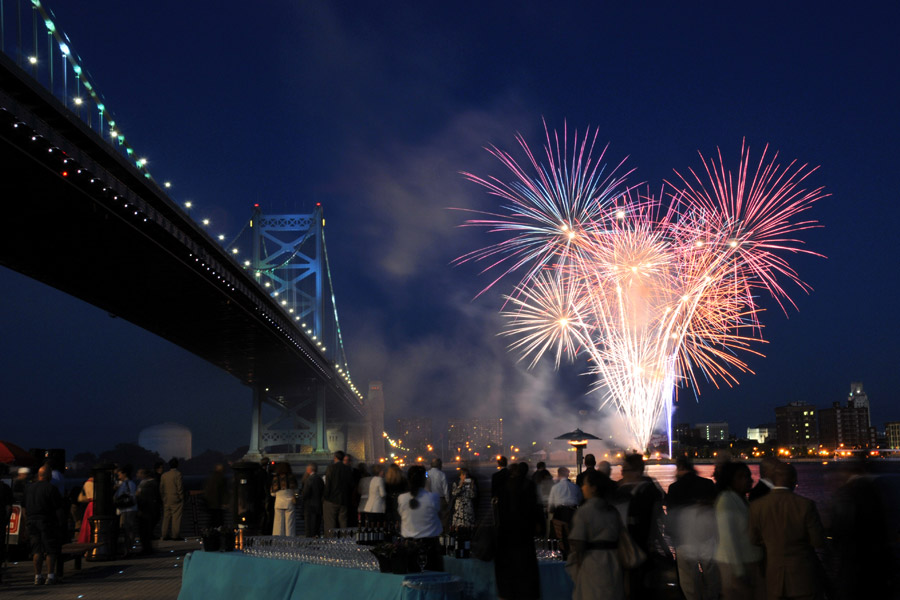 Ring in the New Year with two fireworks shows on the Delaware River waterfront.

Philadelphia will ring in 2018 not once but two times during the SugarHouse New Year’s Eve Fireworks on the Delaware River Waterfront.

Ring in 2018 twice during SugarHouse Casino’s New Year’s Eve Fireworks on the Delaware River Waterfront. With FREE fireworks shows along the Delaware River at 6 p.m. and midnight, you’ll have plenty of time to find the perfect spot to watch the spectacular displays.

Families or those looking to celebrate the New Year a couple hours early are in luck: The first fireworks show goes down at 6 p.m. on the Delaware River waterfront. With the sun already set an hour before, the setting should be perfect for a wonderful show.
Second Show: Midnight

To officially ring in the New Year with a spectacular fireworks display, head to the Delaware River waterfront with friends or family before midnight to snag a great seat for the festivities. The approximately 15-minute show starts right at midnight.

If you’re not already in the neighborhood, catch a cab, an Uber or a Lyft, or hop on SEPTA’s Blue Line to Old City. From there it’s approximately a five-minute walk to Penn’s Landing.

If you must drive, there are multiple parking lots up and down Columbus Boulevard. Head to the Delaware River Waterfront Corporation’s official parking page for hourly rates and locations of parking lots.

Arrive with time to pick out your spot to watch the fireworks display, but not too early — December is typically a chilly month in the city.

The show, approximately 15 minutes in length, has a beautiful backdrop with the illuminated Benjamin Franklin Bridge and, if viewed from Camden, the Philadelphia skyline.