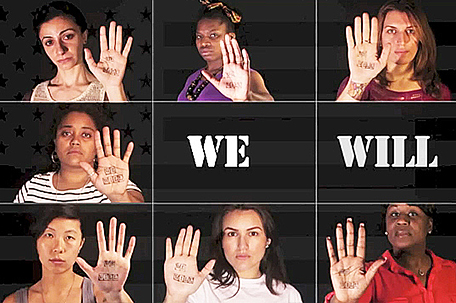 (Introduction to a series)

Enslavement of African Americans is rising in the City of Brotherly Love and Sister Affection. As many are gathering in front of large flat screen televisions during Super Bowl Sunday surrounded by trays of hors d’oeuvres, party platters and beer, an underground network will also be working hard. They will be trafficking women and young girls on major highways and airports, arranging for sexual rendezvous in Center City hotel rooms or unmarked vans on a tree-lined residential street. Why? Because this is the start of the prime season for human trafficking.

Yet many are not aware of it despite the fact more and more are becoming victims of human trafficking. Many girls and women, boys and men are forced or coerced into this lifestyle. They are not just the drug user, the wayward runaway teen, or the troubled foster child. Many are kidnapped from corners waiting for yellow school buses, enticed through social media to what they think is a fun night on the town, or taken to secluded spots with the promise of a way to supplement their meager wages.

So, the Philadelphia Sunday Sun is beginning a series about human trafficking. Readers will enter into an uncomfortable world that will challenge their sensibilities, sense of safety, and stereotypical notions about the topic. It may cause some to realize what some in their own circle have been hiding from them, often suffering in silence or shame.

“The fraud is they are selling love,” said Hugh Organ, associate director of the Philadelphia Anti-Trafficking Coalition. “We get calls from as far away as Pittsburgh where girls have been taken. They may be lured thinking that someone is helping them find a job. They pay their airfare, hotel room and everything else. After a few days they are trafficking them. We know of 22 locations in the state where this is taking place. More are involved than we realize.”

The actual statistics for human trafficking victims from neighborhoods like North, West or South Philadelphia or Northwest Philadelphia neighborhoods like Germantown and Mount Airy is difficult to track. Many who engage in the paid sex during Super Bowl season are not the typical prostitute street walker. It’s even more difficult to ascertain who are being forced or coerced into the trade.

Yet it is clear that this and other types of trafficking are not just limited to certain times of the year. As a city Philadelphia has major conventions and athletic events as well as many entertainment strips. This means the demand for this is modern-day enslavement continues.

One person who is well aware of this is Ellyn Jo Waller, the first lady of Enon Tabernacle Baptist Church, with campuses in Mount Airy and Germantown. The church has a ministry that addresses trafficking in the Philadelphia area. It has hosted many programs to raise local awareness, like the “A Day in the Life” hosted by She’s My Sister ministry and provides safe havens for some of those rescued from local enslavement.

“This is about helping raise awareness to eradicate human trafficking,” Waller said. “We, as a society, have to begin facing up to it. We cannot use terms like child prostitution. Children cannot sell sex even in places where prostitution is legal. That’s why there has to be an entire paradigm shift….The average girls who enters this is about 13.”

Earlier this month outgoing President Barack Obama issued a proclamation declaring January as National Slavery and Human Trafficking Prevention Month. He said this is the time to shine the light on both the consequences and root causes of human trafficking. He also reiterated that the United States, including cities like Philadelphia, must continue this as part of the fight for human rights.

“Every action we take at home, form the clothing we wear to the food we eat, is connected to what happens around the world,” Obama said. “Working alongside the international community, we have seen significant increases in trafficking prosecution and conviction, and we have made great strides in supporting victims.”

President Obama said there is a need to do more to fight against the exploitation of human beings for profit. “This month, let us find inspiration in America’s progress toward justice, opportunity, and prosperity for all and affirm out pledge to continue fighting for human rights around the world,” he said.

Yet without those who purchase the services of modern day slaves, like any market, it would dry up. Those in the community must also engage in self-examination to ascertain if one is playing a role in the proliferation of this crime against humanity. Though local statistics are difficult to come by, the one thing that experts agree on is that girls and young women are its primary victims.

Rich Walls of North Philadelphia learned much from an all-male workshop held at Enon last year. He admitted that he had to examine himself as to whether he lusted after young women young enough to be his daughter. After the workshop he, like the other men present, needed to change how they looked at girls and women as sex objects first and as their spiritual sister secondarily.

“Now that there is more transparency, we have to be more honest,” Walls said. “When you hear the testimony of those who have been victimized, men have to be honest. It is going take the men taking control to reverse this. It’s not just that women have lowered their standards, but that men are the one who see women as lower, too.”

Consequently, in order to rescue human trafficking victims, one must know how to identify them, the warning signs, and how to help them. This series will assist local residents in being part of the network that can direct victims to safety and healing.

It will also educate parents and family members to notice the warning signs of children and adolescents who may be involved in “the life,” as many call it. Furthermore, travelers who frequent turnpike rest stops, ride public transportation or stay in hotels can quickly recognize when a human trafficking victim may be approaching them for assistance.

Finally, what is the paradigm shift that must occur in society to finally obliterate human trafficking? This ongoing series will address this and more.