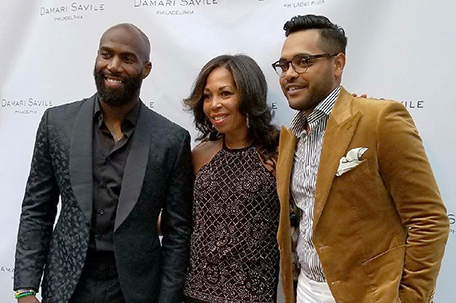 West Philadelphia native Rhonda Willingham has always had a heart for giving back. After receiving her bachelor’s degree in international business and public relations from Slippery Rock University in Pennsylvania, and her master’s degree in journalism and communications from American University in Washington, DC., Willingham went on to serve as a political appointee for the Department of Labor during President Bill Clinton’s administration.

After a successful career dealing directly with public affairs and community outreach, Willingham saw a greater need to serve the community. In 2001, she founded MenzFit, a non-profit organization that provides professional clothing, career development, and financial literacy workshops to men in need in an effort to help them find long-term gainful employment. Willingham has been recognized nationally for the work that she does in the community. Some of those accolades include; Philadelphia City Council’s “Next Generation of Leaders: Rising Stars” award, The NAACP’s “100 Influential Black Women Award”, and the “Bank of America’s Neighborhood Excellence Award.”

She was also recognized as a “local hero” in Essence Magazine during the National Day of Service in 2012 to honor First Lady Michelle Obama. Willingham sat down with the SUN to discuss her work with MenzFit and why it is essential to uplift our communities, starting with our men.

Willingham lived in Washington, D.C. for 18 years. While living in our nation’s capital, she was inspired to create MenzFit after volunteering and realizing there was a deficit in organizations geared towards helping men in need.

She asked the people at one of the women’s organizations that she was volunteering with if there were any that offered the same life skills services for men, and was told no. Willingham decided to research the topic for herself. “So, I just kind of got onto the Internet, and I didn’t see anyone doing anything remotely like that for men,” she said. I also recognized and learned that there are very few organizations that even focus on men. Most non-profits focus on women, children and disease. After I found out there is no one doing anything like this, I brought together about three or four guys that I respected. I ran the concept by them and they thought it was a great idea. 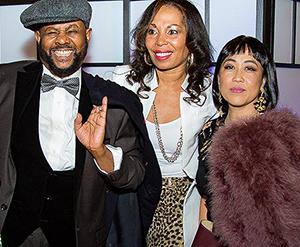 We started with just suits… for the first few years, that’s all we did. “Then we recognized that a lot of our clients have some barriers to employment and some deficiencies in terms of work experience,” Willingham continued. So it was a matter of how [we] could we help them with a holistic approach to getting back to work, or if they are working [on] getting into a better career or job. I believe that if we get our men together, many of the organizations that exist for women would not need to exist. They exist because the man is missing from the household. That was very inspiring to me and I really haven’t looked back since.”

Since its inception, the resources that MenzFit has provided for the community have yielded incredible results.

“I started MenzFit in Washington 18 years ago, and then opened up in Philadelphia 11 years ago in June 2007,” Willingham said. “When I decided to take this show on the road and expand, obviously Philadelphia was going to be my first city, because I’m from here. Since that time, we’ve helped almost 1,400 men with their job needs, of which 51 percent remain employed. Our statistics are great, especially given the fact that we went through a depression and the economy slipped.”

“Most of the guys that we work with come from our referring agencies,” she continued. “Those organizations could be job training programs, mental and substance abuse programs, and our largest population are our re-entries. About 68 to 70 percent of the men we see are coming home from prison. We’re currently working with the Public Defender’s Office, with Keir Bradford-Grey. We’re doing a pilot [program]. This is our first cohort with juvenile lifers. Not only are we preparing them for work in terms of the outward appearance — the suit, the shirt, the tie and all of that — but we are also doing a 16-workshop series with them.”

A mock interview workshop took place on November 13th. During that workshop, six of the men of MenzFit donned in their suits went through at least two rounds of interviews with MenzFit facilitators that work in Human Resources. The men were expected to take the feedback they received in the first interview, and apply it to their second interview. Two of the men went on actual interviews last week following the workshop. In addition to the workshop series that MenzFit already has in place, the organization continues to build more programs and make efforts to reach new demographics in dire need.

“We’ll probably be adding a few more workshops next year,” Willingham said. “The workshops include a financial literacy component, men’s health, diet, nutrition, and diseases that impact African-American and Hispanic men. We also have a physician that comes in and talks to the men. The cohort we’re working with now, juvenile lifers, are just so thrilled because that’s a different population.

The juvenile lifer is different from the guy that went to prison for five, seven or even 10 years. The juvenile lifer never thought that they were getting out, but because of The Supreme Court law, they are being released, which is amazing. Just imagine being locked up since you were 15, 16, or 17 years old, and they are in their 40’s now. There’s nobody in that cohort who has done less than 30 years. Their work ethic is different, everything about them is different. They are like, ‘I’ve spent most of my life in prison and I’m never doing that again.’ We also have some other things that we are addressing now with the mental health component, which is big. I didn’t realize how big it was initially.” 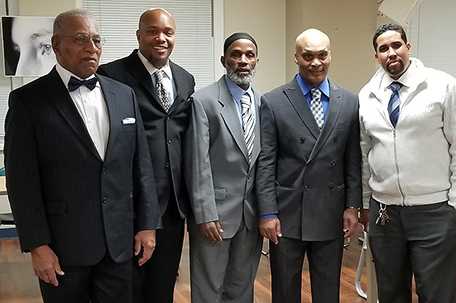 MenzFit offers not only a new start physically with professional clothing, but also provides men coming home from prison looking to start their lives over to tools to do so. Derrick Cain, who came home from federal prison in 2017 to a halfway house, spoke about the value MenzFit brought to his life.

“Going through the program, picking up suits, learning, going through the financial courses… it makes you feel like when you come home, you are able to succeed and be a returning citizen”, he said. “Having that suit, even though the suit doesn’t make the man, makes you feel confident in your abilities to be successful. Rhonda provides a service. It’s not just putting you in a suit, it’s about your attitude, it’s about your outlook on life and taking your future in your own hands. That’s the environment she provides at MenzFit.”

The work that MenzFit continues to do is not only recognized by the men that are helped through their services, they are also being recognized by other businesses and organizations in the community that share their dedication to giving back. One such organization is Damari Savile.  Damari Savile, owned and operated by Eagles Safety Malcolm Jenkins and his business partner Jay Amin, partnered with MenzFit to accept gently used suits, shirts, dress shoes and ties on the first Thursday of every month. Damari Savile which specializes in custom suits, offers customers who donate to MenzFit a percentage off of their suit sale. (Visit http://damarisavile.com/ for additional details). Willingham spoke about her gratitude regarding the partnership.

“It’s been a wonderful partnership with Malcolm Jenkins and Jay Amin. They are great guys,” she said. “It’s awesome to have someone at that level really give back and appreciate the good work and the impact that MenzFit is having in the community.”

The impact MenzFit has on the community is aided by events that foster community participation. Willingham spoke about combing fashion and fun for a worthy cause, with their annual fundraiser fashion show, called “Who Wore It Best?”.

““Who Wore It Best” is our annual fundraiser and it generates about a third of our operating budget for the year,” she said. “Three years ago, Councilman Curtis Jones said, ‘I want to do a fashion show’, and I said ok. He actually “wore it best” last year for the men. There are two winners, a male and a female. It’s members of City Council, some Pennsylvania state legislators and this year we’ve opened it up to the judiciary branch. It’s fun, and they get to strut their stuff. This year they get to wear their own clothes. They can be as creative as they want! They get to walk the runway and they’ll be judged.”

The judges for this year’s fashion show include:

“The show won’t be just the members of City Council and elected officials. The first part of the show will be five or six of the men of MenzFit,” Willingham said. “They will walk in MenzFit suits. Then we have models wearing beautiful scarves from designer K. Vaughn Scarves. Then we’ll have an intermission. During intermission, we’ll have one of our clients speak and we do a live auction called “Sponsor A Man” for $150. Then we’ll resume the fashion show with models from Damari Savile, including Eagles player Michael Bennett. The closer will be the elected officials. We’ll also have a lot of our clients there, so people will have an opportunity to see the people that benefit from the program and interact with them. Nine times out of ten they won’t know who they are unless I point them out, which is nice. It speaks to what happens when you’re professionally dressed. You walk a little taller… you feel better.”

The future for MenzFit and the amount of people they are destined to help is endless. Willingham spoke about how rewarding it is to work with the men of MenzFit, and the plans she has for the future.

“The guys that I work with are some of the nicest guys you ever want to meet,” she said. “We all make mistakes. Unfortunately, some can be costly in terms of having to serve some prison time for it, but everybody deserves a second or third chance. That’s what we do here at MenzFit. My vision for the future of MenzFit is to continue to expand into other cities across the country. We’re looking into going into four cities in New Jersey. We’d like to be in Atlanta, Chicago, LA and some other major cities. There’s an obvious need across the country… it’s just a matter of funding.”

“Who Wore It Best” co-hosted this year by Councilman Curtis Jones Jr., will take place on Tuesday, November, 27th 5:30-8:00pm at City Hall, Conversation Hall, Room 202. Tickets are available online at www.menzfit.org. You can also support MenzFit by sponsoring a client all year round for $150, or by giving a monetary donation of your choice on the website. MenzFit accepts clothing donations every Thursday by appointment only, between 10am and 6pm. Shirts, ties, suits, sports coats, dress slacks are welcome. At this time of year sweaters, coats, gloves, hats and scarfs are accepted as well. Additionally, there is always a need for shoes, new socks and belts. MenzFit is doing so much to help uplift and support this community, let’s return the favor and support this worthy cause.