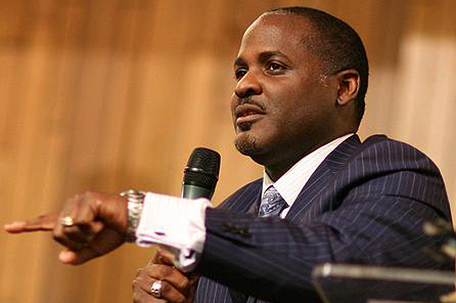 The Rev. Dr. Damone B. Jones, Senior Pastor at Bible Way Baptist Church in West Philadelphia has been appointed as Chairman of the Board of Trustees for the Philadelphia Prison System by Mayor Michael Nutter. The Board of Trustees’ primary role is to provide guidance and oversight of operations within the Philadelphia Prison System. This includes measuring and controlling the population of the prison, as well educating and preparing inmates for re-entry into society.

Rev.  Jones earned his Bachelor of Science and Master of Science Degrees from Philadelphia Biblical University. He earned a Doctor of Ministry Degree from Palmer Theological Seminary.

Rev. Jones has a passion for helping at-risk youth. It fostered his commitment to serve at the Philadelphia Youth Detention Center as Coordinating Chaplain, as a panelist for the District Attorney’s Youth Aid Panel, and as President of the Police Clergy Program in the 19th Police District.  Dr. Jones also served his community as a member of the Board of Directors for the Carroll Park Community Council.