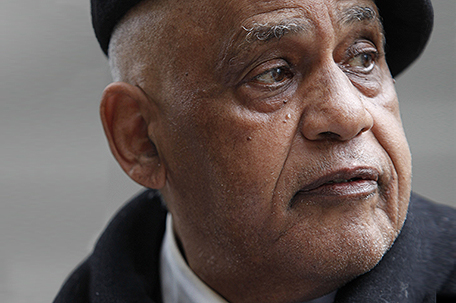 To many in Philadelphia’s Black community, former State Sen. T. Milton Street will be remembered as someone who fought for those who needed an advocate most.

For most people who become elected officials, it starts with something personal.

In the case of T. Milton Street, it was how former Mayor Frank Rizzo was treating the city’s Black hot dog vendors. The Rizzo administration was giving these vendors a hard way to go as they tried to earn a living, according to Street’s nephew, State Sen. Sharif Street.

In response, Milton Street started the Black Vendors Association to serve as an advocate for a group of vendors that weren’t able to stand up for themselves, his nephew said. Because of how invincible Rizzo seemed at the time, what his uncle did was considered very brave.

“Standing up to Frank Rizzo when you’re a hot dog vendor was a big deal at the time,” Sharif Street said. “He [Milton Street] was always challenging people’s conventions about what could happen. My uncle was a person who always wanted to give a voice to the voiceless. He wasn’t afraid to stand up to the powerful.”

Former State Sen. T. Milton Street, a man who wasn’t afraid to be as outrageous as possible to help the powerless, died Monday after a long battle with cancer. He was 83.

For decades, Street’s community activism on both the inside and outside of the halls of power made him memorable to the people he worked with, worked for, and inspired, according to City Council President Darrell Clarke.

“I’ve known Milton for a long, long time,” Clarke said. “He was very charismatic, but more importantly, he was an individual who fought for the people in every imaginable way. He will be missed, but he will never be forgotten because he was the catalyst for a lot of us getting involved in politics.”

In a statement issued by the Pennsylvania Legislative Black Caucus, praised him for his service to the community.

“The PLBC sends its most heartfelt condolences to the Street family on the passing of Senator Milton Street,” the statement said. “He was an entrepreneur who worked hard to have a successful business and advocate for similar businesses, ultimately taking him to the state’s General Assembly. He made himself available as a mentor and as a friend to many. He will be missed.”

Milton Street was willing to do anything to make the government work for the people he represented, according to a statement from the family.

“He fought to break down barriers and visualized ways government could work for everyday folks by enacting change through policy regardless of political affiliation,” the statement said. “As a legislator, his public policies were decades before their time.  He advocated for socio-economic causes including gaming, funding seniors through the lottery, and the legalization of cannabis as a method of providing public education.”

Milton, the older brother of former Philadelphia Mayor John Street, began his political career in 1978 when he was elected to the state House of Representatives. In 1980, he was elected to the State Senate as a Democrat. He decided immediately to switch his affiliation to Republican, giving the GOP control of the chamber. Since losing his Senate seat to the late Roxanne Jones, he hadn’t held a political office.

In addition to John and Sharif Street, Milton Street is survived by his three children and a host of nieces and nephews. Funeral services will be held on Thursday, Dec. 15 from 4 p.m. to 7 p.m. and on Friday, Dec. 16 from 9 a.m. to 2 p.m. at the Deliverance Evangelistic Church, 2001 W. Lehigh Ave.