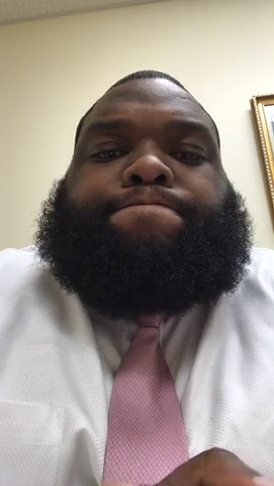 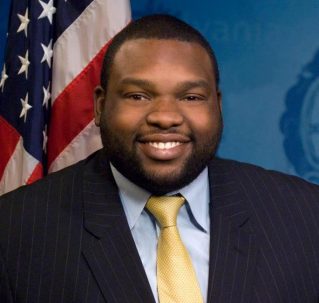 Hundreds gathered Monday night in Philadelphia at the Criminal Justice on Filbert Street to protest Philly rapper Meek Mill’s recent prison sentence. PA State Representative Jordan Harris was one of the speakers at the rally.  Post-event, Rep. Harris shared why he spoke.

“It was important for me to go down and raise awareness not about this issue but criminal justice issues in totality.”

There were many teenagers at the rally who this would be their first time rallying around a cause. Some may have attended because they are loyal Meek Mill fans.  Regardless of the motivation, Rep. Harris wanted to capitalize on the rally and use it as a chance to engage youth about issues in our community.

“Yes it was many of them being engaged around a celebrity, but the fact is they were still engaged,” said Harris.

“One of the things that I think we often do is that we leave those folks out there to talk to themselves in an echo chamber without going to them, without us approaching them—without us using this as an opportunity to talk about issues that are affecting them.”

Harris also mentioned the police shooting of unarmed civilian David Jones among the reasons he spoke at the rally.

“We’re going to use Meek Mill to draw this attention, and it’s going to speak for so many others.”

The Philly rapper’s parole stemmed from a gun and drug case from nearly ten years ago when he was 19-years-old. Although the prosecutor recommended no prison time for Meek’s repeated parole violations, the judge threw the book at the rapper, sentencing him to two to four years in prison, saying the rapper thumbed his nose at the court.

His lawyer has said he will appeal the decision.

Many celebrities have come out in support of Meek Mill’s sentence to be overturned including Jay Z, Van Jones, Kevin Hart and more.