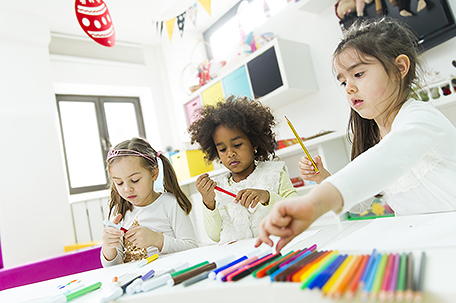 HARRISBURG, Pa. – Pennsylvania is continuing to invest in quality pre-K programs for at-risk kids, but a new report says there’s still a long way to go.

According to the report, pre-K lays a solid foundation for success in school and beyond, raising graduation rates, reducing Special-Ed placements, decreasing crime and saving taxpayer dollars.

Joan Benso, president and CEO of Pennsylvania Partnerships for Children, says Pennsylvania is one of the 27 states that is investing in high-quality, publicly funded pre-K, and that investment has grown under four consecutive governors.

But, 64 percent of eligible children still are not being served.

“Other states, including our neighbors of New Jersey, Maryland, New York and West Virginia, are all doing a much greater amount of investments,” Benso said. “Economic competitors like North Carolina are also beating us.”

Pennsylvania ranks 20th in per capita investments in the programs.

Gov. Tom Wolf has proposed increasing state funding for pre-K by $75 million. That would make it available to an additional 8,400 three- and four-year-olds.

However, Benso pointed out that funding the program for the 113,000 eligible children in the state currently not being served will take an additional $340 million.

“And our hope in the Pre-K for PA campaign is that we’ll move forward in this state in making that investment by the year 2021,” Benso stated.

She added that every dollar the state invests in pre-K returns $4 in savings and benefits that the House budget, passed last month, only includes a $25-million increase in funding for it.

“We’re urging lawmakers to push that number up toward that $75 million of the governor’s, and make continued sustained investments so all of our eligible children can benefit from high-quality pre-K,” said Benso.