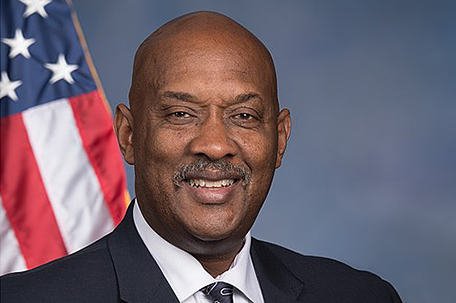 The plan would help Philadelphia schools get rid of asbestos, lead, mold hazards

WASHINGTON — U.S. Rep. Dwight Evans (D- 3rd Dist.) announced the House has passed his school-repair plan as well as a complementary school-repair plan he has advocated. The legislation passed last Wednesday as part of a sweeping infrastructure package — the Moving Forward Act (H.R. 2).

“Too many Philadelphia schools have had dangerous problems like asbestos, lead or mold, and this is a concern in many schools across the country,” Evans said. “That’s why I have been focused on making sure the House would pass my school-repair plan, the Rehabilitation of Historic Schools Act, and another one that I strongly support as part of a sweeping infrastructure bill. My legislation would allow schools to be repaired using the same federal historic rehabilitation tax credit President Trump used to renovate an old post office building into his upscale Washington hotel.”

The bill also includes a plan I have advocated for, the $130 billion Reopen and Rebuild America’s Schools Act, which would be targeted to high-poverty schools — and would create more than 2 million jobs to help Americans get back to work.”

“I’m also pleased the infrastructure bill includes a significant investment in public transit and affordable housing,” he said. “All of these would be important new tools in the toolbox to fight poverty.”

“I appreciate the state funding that Governor Tom Wolf sent to help with Philadelphia school repairs, but it was clear even before the COVID-19 pandemic devastated state and city budgets that they would not be able to address the huge school-repair backlog without federal help,  ” Evans concluded. “My plan and the Reopen and Rebuild plan would both make a real difference in reducing that backlog for our kids, teachers and support staff. House Democrats have shown urgency about this and the Senate Republican majority and the White House should, too.”