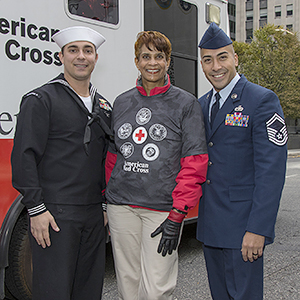 After six years, Renée Cardwell Hughes is stepping down on Oct. 19 as CEO of the American Red Cross Eastern Pennsylvania Region.

Since 2011, Judge Renee Cardwell Hughes has led The American Red Cross of Eastern Pennsylvania as it’s CEO. She is the first African-American woman to hold this position.

Prior to her historic appointment, Cardwell Hughes served as a trial judge in the Court of Common Pleas, the First Judicial District of Pennsylvania after her appointment to the bench in 1995 by former Gov. Tom Ridge. After being elected to and completing a 10-year full-term, Hughes was re-elected in 2005 to a second full term, which she served until accepting her current position.