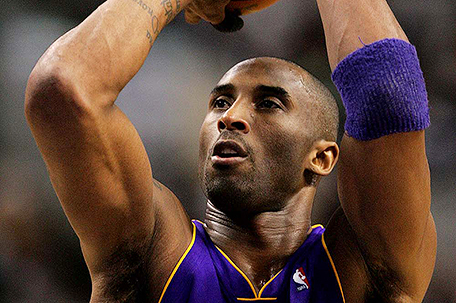 When I heard the tragic news that former Lower Merion great and Los Angeles Lakers star Kobe Bryant was killed in a helicopter crash with his 13-year-old daughter Gianna and seven other people, I was in the middle of  celebrating the University of Maryland’s men’s basketball team’s one-point win over the Indiana Hoosiers, a win they picked up after overcoming a six-point deficit with 1:08 left.

It was the kind of game that Bryant, known as a relentless competitor who never gave up when his team was down and always came through in the clutch, would have appreciated.

Bryant, known as the “Black Mamba,” will be remembered as one of the game’s greatest winners of All-Time.

Drafted 13th overall in the NBA Draft in 1996 out of Lower Merion High School, Bryant was an 18-time All-star, a two-time NBA Finals MVP, 2008 NBA MVP, and a part of five Los Angeles Lakers championships before retiring in 2016.  He also won two Olympic Gold Medals.

Former 76ers star Julius Erving said in an ESPN documentary said Bryant was “as good as anybody that has ever played the game.”

And I think he’s absolutely right about that.

During his storied career, Bryant helped to lead the Lakers to five NBA titles, and he did it with an iron-willed swag that made him the idol of millions. There are few athletes in the history of sports that played with his ferocity and determination.

I can name guys like Michael Jordan, Roberto Clemente, Jim Brown, Frank Robinson, Joe Frazier, Pete Rose and even Allen Iverson who approached their sports with an all-out determination to win.

And yes, Bryant is a Philadelphia legend basketball on that same Philly basketball Mount Rushmore along with legends like Wilt Chamberlain, Julius Erving, Allen Iverson, Dawn Staley, Earl Monroe and a who’s who list of legendary players.

I’m not getting into the stupid semantics of whether he was a Philly guy or not because he played his high school at suburban Lower Merion High School.

To me, Bryant’s work ethic and dogged toughness enabled him to play through pain and play well is the epitome of being a Philly athlete. Yes, he played his high school ball in Ardmore, but make to no mistake he is Philly-made, Philly strong. He was a giant among Philadelphia’s legendary star athletes.

Bryant, who once scored 81 points in a game, often reminded me of Joe Frazier or even Mike Tyson coming forward to stalk their opponent who would not rest until his opponent was vanquished.

That’s what folks meant when you talked about Bryant’s “Mamba Mentality.” It was the constant determination to win by any means necessary.

As a fan of the Sixers, especially in that 2001 NBA Finals, Bryant was that nemesis that you wanted to beat because he was such a great player.

Even when the Sixers were leading or hanging leading the Lakers in that Series, you knew Bryant was lurking in the shadows to make the buckets that were going to bury you and your team.

After he retired from the game, Bryant was bringing that “Mamba Mentality,” his all-out effort to achieve success outside of basketball. Not only did he write several books, but he also started his own media company and won an Academy Award in 2018 for Best Animated Short Film, “Dear Basketball,” which was based on a poem in 2015 after he announced his retirement from basketball.

But the real sadness from the tragedy of Kobe’s death is that we will never get to see him spend time with Gianna, who was becoming a skilled basketball player in her own right. They were on their way to a youth basketball tournament she was participating in when the crash occurred.

Watching images of Kobe Bryant mentoring his daughter at WNBA games along with his wife, Vanessa and three other daughters, Natalia, 17, Bianka, 3 and Capri, 7 months is the saddest thing of all.  Bryant was well on his way to becoming one of the all-time great dads of all-time, something thing he treasured more than any of his accolades in basketball.

While it may be “Mamba Out,” Bryant’s legacy and determination will live on.