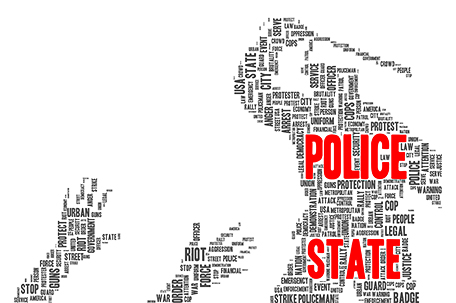 If it makes it out of the Senate, House Bill 1538 could lead to the public knowing less about police use of force than it already does.

Before he became the most sought after law enforcement consultant in the country, Charles Ramsey, Philadelphia’s former police commissioner, was asked about House Bill 1538.

The bill, which was introduced by Northeast Philadelphia State Rep. Martina White and has been endorsed by the Pennsylvania Fraternal Order of Police, the Pennsylvania Fraternal Order of Police and the State Troopers Association, would make it illegal for police departments or other governmental officials to release the names of police officers involved in use of force complaints unless the officer is charged with a crime or until an official investigation is completed.

Ramsey, co-chair of the President Barack Obama’s Task Force on 21st Century Policing, had issued a directive allowing the names of officers involved in use of force actions to be released within 72 hours.

He was less than impressed with the bill.

“I have huge concerns about it,” Ramsey said. “It’s a bad bill. It’s inconsistent with the trend of being more transparent and providing more information to the public. Members of the public can’t be anonymous when they shoot people. Why should police?”

It’s that lack of transparency that has people opposed to the bill, which is currently in the State Senate’s Law and Justice Committee. There are some things regarding the bill that haven’t been clearly spelled out, said Andy Hoover, legislative director of the ACLU of Pennsylvania.

For example, the bill says that a police officer’s identity can’t be revealed unless an “official investigation” has been completed, Hoover said. But what kind of investigation is that? Is it an internal affairs investigation? Do charges need to be filed for the public to know the officer’s identity? The bill isn’t clear on this, and it gives the wrong impression of a governmental body that needs to be seen as above reproach, he said.

“The overall problem here is that this bill prohibits transparence,” Hoover said. “Police departments are governmental agencies and are entrusted with the power to use force if necessary. They should be transparent and accountable. [This bill] gives the appearance that the police are hiding something.”

To communities that are already suspicious of the police, that could make an already tough job much worse, said State Rep. Jordan Harris. While he appreciates the job that the police do and recognizes how dangerous it is, the public has to be able to trust its police and it can’t do that if it believes that they’re being less than transparent, he said.

“I’m supportive of our law enforcement community,” Jordan said. “But that said, this bill is unnecessary and counterproductive. It breeds continued mistrust as it’s currently written.”

Anonymity when it comes to use of force also goes by the wayside when the use of force issue makes its way into court, said, Richard Ross, the city’s current Police Commissioner. In a conversation he held as part of a round table discussion with divisions of the police department, he pointed out an inconsistency that Rep. White and the FOP might not have thought about.

“If you have the misfortune of shooting someone, you have to go to court and the person is there,” Ross said. “Where’s the anonymity in that? I said to them, ‘I am less concerned about what happens if someone learned your name than I am in your social media profile.”

The Commonwealth’s fraternal police organizations says they’re supporting the bill because they’re afraid that offices involved in use of force actions and their families would be endangered if the public knew their names. The SUN reached out to the Pennsylvania and Philadelphia Fraternal Orders of Police for comment several times, but had not gotten a response at press time.

There has been no date set for a Senate vote on the bill.