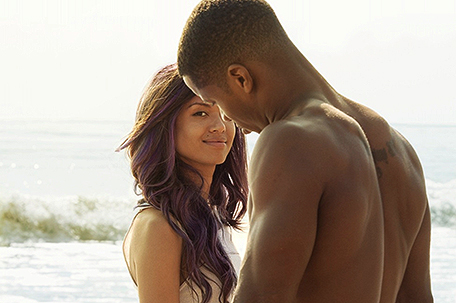 ABOVE PHOTO:  Beyond the Lights

The 23rd PHILADELPHIA FILM FESTIVAL kicks off Thursday.  There are dozens of films being showcased.  We recommend you check out the COMPLETE LISTING at the Filmadelphia.org website.

Of specific interest to Reelblack fans are

Feeling both familiar and original, Beyond the Lights is an inspirational romantic drama focused on a rising superstar within the music industry.  Starring Gugu Mbatha-Raw, Minnie Driver and Nate Parker. The latest from writer-director Gina Prince-Bythewood (director of Love & Basketball, and The Secret Life of Bees).

Girlhood is the story of shy French teen Marieme, who learns to assert herself with the help of three girls who lure her into a gang.

Four refugees from the Sudanese Civil War struggle to begin new lives and adapt to American culture with the help of their social worker Carrie Davis (Reese Witherspoon) after immigrating to Kansas City, Missouri, in this inspirational tale based on true stories of the Lost Boys of the Sudan.

After a stint in prison, an aspiring writer returns to the crime-ridden housing projects of Watts, Los Angeles, to try to make a better life for himself and his child in Malik Vitthal’s nuanced directorial debut. Featuring KeKe Palmer.

Crescendo! The Power of Music examines the impact of El Sistema, a youth orchestra program that has transformed the lives of disadvantaged children worldwide, based on the principle that music can be the engine for social change.

LIVE YOUTH ORCHESTRA PERFORMANCE FROM PLAY ON! PHILLY ON 10/25

Join us after this powerful and captivating film to experience the phenomenal success of these programs with a post-screening live performance and discussion.

A rousing story exploring the birth of soul music in Miami, Deep City documents the musicians creating this unique sound and their contributions to the historical music scene. Alongside the rise of iconic record companies Motown in Detroit and Stax in Memphis, the 1960s and 1970s saw explosions in the popularity of soul music throughout the country, with Miami being home to one of the lesser-known, long forgotten, but just as impressive scenes. Deep City tells the story of Willie Clarke and Johnny Pearsall, two producers who met in college and later partnered to form Deep City Records.