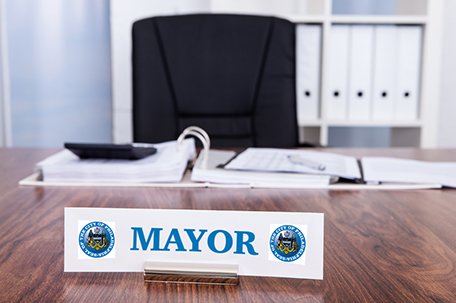 Here are the six people vying for the Democratic Nomination for Mayor of Philadelphia. This should be interesting.

Now that Councilman Jim Kenney has stopped doing the “will he or won’t he” dance, we now have six candidates who have thrown in their hats for the office of Mayor of Philadelphia.

Depending on whom you ask, this is either the best slate…or the best we could do.

In any case, here are the six people vying for the city’s biggest job. Many of them want to switch seats. Some are totally new. And one campaigns with a large white casket.

Have fun with it.

Lynne Abraham was Philadelphia’s District Attorney from 1991-2010. The woman the late Mayor Frank Rizzo dubbed a “Tough Cookie” is a graduate of Temple Law School and was also a Municipal Court and Common Pleas Court judge. She’s running as a “transformational leader” who wants to form partnerships with a broad cross-section of Philadelphians to address the city’s problems. While her name recognition is a definite upside, that she was dubbed “America’s Deadliest DA” in a New York Times Magazine article might be a drag on her momentum.

The Honorable Nelson Diaz is a partner in the law firm of Dilworth Paxon LLP. He was a Philadelphia Court of Common Pleas judge from 1981 to 1993, the youngest judge elected to the Court and the first Latino judge in Pennsylvania history. He was also City Solicitor under Mayor John Street and was general council for the Department of Housing and Urban Development under President Bill Clinton. He also served as a White House Fellow as special assistant to the late Vice President Walter Mondale. Diaz has the opposite problem of Abraham in that he has very little name recognition. But might he be the one to make the city’s sizable Latino population take its place at the table?

City Councilman Jim Kenney (announced on Thursday) had been a City Councilman at Large for 23 years prior to resigning from his office on Thursday. Kenney is a graduate of St. Joseph’s Preparatory School and LaSalle University. He’s been an advocate for immigrant rights, the Lesbian, Gay, Bisexual, and Transgendered community and is perhaps best known for getting a law passed in Council making the possession of small amounts of marijuana punishable by a fine instead of arrest. Because he will probably get the support of Whites in the city’s River Wards and in Northeast Philadelphia, the city’s gay and lesbian community, and unions such as 1199C, which has already endorsed him, Kenney is a formidable candidate. But the larger percentage of the city’s electorate is Black, and while many political observers believe that may be Kenney’s downfall, Kenney himself doesn’t.

Doug Oliver (still unannounced) was the Senior Vice President of Marketing and Corporate Communications for the Philadelphia Gas Works and served as press secretary for Mayor Michael Nutter in his first term. Oliver has worked in communications for a variety of governmental agencies including the Pennsylvania Department of Public Welfare. He’s running as a consensus builder who wants to make changes for the city. Oliver is, for all intents and purposes, a new face that may attract young voters. But since the only other elective office he appears to have held is the presidency of the Philadelphia Black Public Relations Society his decision to go big or go home might scare off potential campaign funders.

In addition to being the brother of former Mayor John Street, T. Milton Street has also served in the State Legislature as both a State Senator and a State Representative. Street ran for mayor in 2007, switched to run for City Council that same year and ran for Mayor again in 2011. Using a flair for the dramatic that included bringing a casket to City Hall for a campaign rally, Street, if nothing else, gets noticed. But he’s also been noticed for legal troubles including a conviction for tax evasion.

State Sen. Anthony Hardy Williams is, to paraphrase Los Angeles Dodgers shortstop Jimmy Rollins, “the guy to beat”, in the Mayor’s race, at least for now. Williams is the second generation in his family to run for the Big Chair on the Second Floor; his father, the late Sen.Hardy Williams attempted to become the City’s first African American mayor. Williams has represented the Eighth District since 1999 after spending nine years in the State House. He ran for governor in 2010, coming in third for the Democratic nomination. It’s his gubernatorial run, or actually who financed it, that might trip Williams up. Education advocates are taking aim at him because charter school interests gave him the millions and will probably contribute heavily to him this time around as well. In a city where the word “charters” can cause people to see red, he may find some large potholes on his road to City Hall.