‘Race Against Time: A Reporter Reopens the Unsolved Murder Cases of the Civil Rights Era’ by Jerry Mitchell 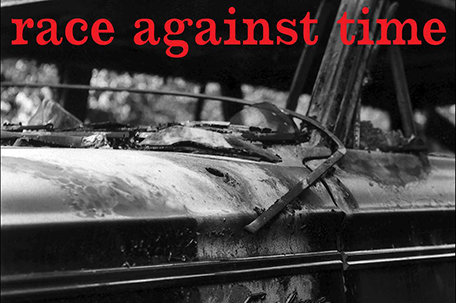 Veteran reporter Jerry Mitchell’s journey from a chance meeting at a movie premiere to facilitating the reopening and resolution of some of the nation’s infamous cold cases through his investigative reporting was not one he set out on intentionally, but soon realized was something he was meant to do.

As a young reporter for the Jackson, Mississippi based Clarion Ledger, Mitchell volunteered to cover the statewide premiere of the movie “Mississippi Burning ” at a January 10, 1989 press screening. In addition to being a welcome departure from his regular court beat, it was a chance to take the progressive pulse of a state that was still dealing with the negative repercussions of its past.

Unbeknownst to Mitchell, seated directly behind him in the theater was retired special agent Roy K. Moore, who had been in charge of the FBI in Mississippi when the actual case — which involved the brutal murder of three young civil rights workers who were helping African Americans to register to vote — was investigated in 1964.

When Moore began to express aloud his critique of some of the plot twists and characterizations, the astute reporter engaged him, curious to learn more. It turns out that others involved with the case were also present at the premiere — veteran journalist Bill Minor, who covered the story of the murders in 1964, and Jim Ingram, who headed the FBI’s civil rights desk in Mississippi at the time — who shared similar concerns about the inaccurate Hollywood treatment it was receiving.

That one meeting signaled the beginning of years of enterprising journalism and harrowing testimony that led to justice being served decades after it should have been to families who never dreamed they’d ever see it come to pass.

“Race Against Time: A Reporter Reopens the Unsolved Murder Cases of the Civil Rights Era” (Simon & Shuster), which is set for release on February 4, documents the story behind Mitchell’s careful research, meticulous detail and dogged determination as he explored and reported on this case, as well as the Medger Evers assasination — his work on the Evers story is prominently featured in the 1996 movie ” Ghosts of Mississippi” — the case of the murder of voting rights advocate Vernon Dahmer, and that of the Sixteenth Street Baptist Church bombing that killed four little girls and injured others, including one of the girls’ sisters.

It also provides an easy to follow overview of the vast scope of work involved in the investigative reporting process for average citizens.

Each setback and breakthrough is painstakingly detailed throughout the book. Mitchell’s retelling of his experiences during the newsgathering process also provides a refreshing honesty about the emotional roller coaster and tension that reporters — who are, after all, only human — experience when tackling complex topics.

Mitchell’s vivid descriptions of the danger he experienced as he reopened the deep racial wounds incurred during the Civil Rights Movement that many in the South were trying to move on from are palpable throughout the book. The description of his encounters with Medger Evers assassin Byron De La Beckwith are especially chilling.

The subtext of book is the reality that the generations long reign of domestic terror that many wanted to believe was in the past was still very much with them — especially in the form of those individuals who literally got away with murder and were still alive, many of them unrepentant and as volatile and violent as they were at the time the crimes were committed.

Mitchell’s reporting helped bring justice for the families involved. Each turn and twist in the book keeps the reader engaged. The individual stories of each case presents in great detail the grievous errors of the past and the challenges of the present without being sanctimonious or overwrought.

“Race Against Time: A Reporter Reopens the Unsolved Murder Cases of the Civil Rights Era” also effectively highlights the urgency surrounding each of the reopened Civil Rights Era cases Mitchell reported on, skillfully helping the reader grasp the fact that with each passing year, the chances of justice finally being served were growing slimmer.

His tireless pursuit of each of these cases through his writing — even in the face of  constant death threats — is a prime example of the invaluable role that investigative reporting plays in modern society.

“A Race Against Time: A Reporter Reopens the Unsolved Murder Cases of the Civil Rights Era” is available via Amazon, Barnes and Noble, and major bookstores.