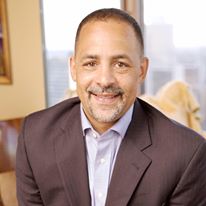 Rays of Sunshine on Election Night

2016 will be the election year that will go down in history.  Although the Republicans rained on the Democratic Party’s parade, leaving the party in shambles nationwide, there were some local rays of sunshine.

Chris Rabb was one of them.

Rabb and voters of the 200th Legislative District made history. Although Rabb won the general election against a Republican in a heavily Democratic district, his long road to victory was no ordinary feat.

In an April interview with THE SUN while Rabb was campaigning during the primary race, he put it out there:  “The media is not focusing on the history of elections in this district.”

Prior to Rabb’s run, the legislative office for that district had not been challenged since 1983 or candidates were selected via special election.

Rabb fought an uphill battle.  His opponent in the April primary had recently become the district’s State Representative via a special election to fill a vacancy through December 2016.  His opponent was supported by political heavyweights.

Undeterred by not being selected as the Democratic nominee for the special election, Rabb decided to run in the upcoming April primary to become State Representative for the new term which begins January 2017.

With a great team and community support, Rabb won the primary beating out his heavily endorsed Democratic opponent.

Although the mood was celebratory because of his win, it was also tense as his supporters watched the demise and eminent defeat of Democratic Presidential candidate Hillary Clinton.

Despite the many losses for the party nationwide, there was still much to be thankful for—Rabb will officially take office as State Representative in January 2017.

Standing with his two young sons, he thanked everyone.  Rabb is also very proud that he engaged youth workers and was able to pay them $15/hr.

“At various polling places across this district we hired over 40 young people as young as 15-years old to work 6 ½ hour shifts and they were paid $15 an hour.”