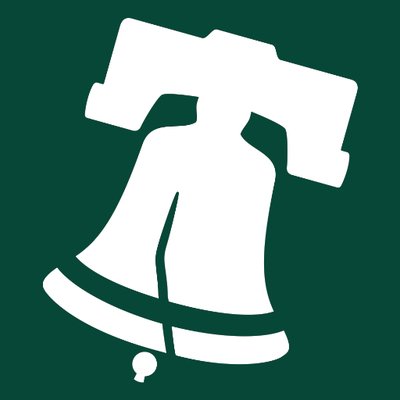 PHILADELPHIA – The City of Philadelphia is proud to honor the 2018 Super Bowl Champion Philadelphia Eagles with a parade this Thursday, February 8, starting at 11am, along a route that will stretch from the Lincoln Financial Field stadium complex to the steps of the Philadelphia Art Museum.

A formal program will take place in front of the Philadelphia Museum of Art starting at 1:00PM.  Video screens and other attractions will be placed along the parade route.

The celebration will air live on NBC10 and NBC Sports Philadelphia and stream on NBC10.com and NBCSportsPhiladelphia.com

The perimeter of the parade will be firmly secured and protected for maximum public safety.

Throughout the event, the City will provide a strong presence of law enforcement and emergency medical services.  City personnel and Eagles officials will utilize a network of prevention and response services, which will be integrated, mobile and in constant communication.

The public can do their part by using common sense.  If you are attending the parade, make a plan regarding driving, public transit, parking, supervision of children and wearing comfortable attire.  Be prepared to walk, as road closures near the parade route will lead to traffic congestion and delays.

Leave no bags or items unattended.  In an emergency or to report a suspicious person, activity or item (a backpack, a package, a container), notify a police officer immediately or call 9-1-1.  Do not try to open, move, cover or touch a suspicious item.

The Philadelphia Fire Department will staff medic (EMS) tents at the following locations:

Take missing or lost persons to either of these locations along the parade route or notify a Philadelphia Police Officer immediately:

Alpha-numeric “location markers” are posted along the Benjamin Franklin Parkway to clearly and easily identify a location or section (by letter and number, example: CD-1) to facilitate communication in the event of an emergency.

Smoking is not permitted on any Parks & Recreation property including, but limited to, buildings, playgrounds, ice or skating rinks, fields or courts, pools, picnic areas, walking areas and parking lots.

The celebration will have 14 jumbotrons placed along the route with amplified sound. Also, the ceremony will host ASL translators on stage during the speaking portions of the program that will be broadcast on the jumbotrons. Parade producers have designated space on the south side of Eakins Oval for wheelchairs and ADA accessibility. Please be advised that this space is limited and is first come, first served. Paratransit drop off locations for the celebration will be located at 2300 Pennsylvania Avenue and 20th and Spring Garden Streets.

Significant travel delays can be expected on the date of the event, and implementation of additional road closures and lane restrictions may be necessary during the event to maintain public safety.  Motorists are advised to avoid the area by using alternate routes, and allow for extra driving time when traveling in the vicinity.  Please refrain from double-parking, which creates congestion, limits traffic flow and is illegal.

The following streets will be closed according to the schedules listed below.

The following streets will be designated “local access only” west of 22nd Street:

Cross streets will be reopened south to north on Broad Street, and elsewhere along the parade route, as early as conditions allow on Thursday, February 8th.

Temporary no parking restrictions along the parade route and on adjacent streets will commence at 6:00PM on Wednesday, February 7th.  The full extent of these restrictions will be in place until approximately 6:00PM on Thursday, February 8th.  A complete list of impacted streets can be found below:

Please obey all “Temporary No Parking” signs.  Vehicles parked in these locations during posted hours will be relocated.

There will be no enforcement of meter and time limit regulations on the day of the parade, Thursday, February 8th, 2018. Safety violations such as parking too close to the corner, fire hydrants, blocking crosswalks and double parking will be enforced. The Impoundment Lot located at 2501 Weccacoe Avenue will stay open until midnight on Wednesday for the release of vehicles. No vehicles will be released on Thursday.

Individuals with hearings scheduled on Thursday should contact the Bureau of Administrative Adjudication at 888-591-3636 to schedule a new hearing date. The unclaimed vehicle auction scheduled for Thursday on the 2500 block of S. Swanson Street will be rescheduled for a later date.

During the parade, several bicycle lanes along Benjamin Franklin Parkway, Broad Street, and streets in the vicinity will be inaccessible.  Cyclists are advised to use caution when traveling in the area.

There will be no access to the Schuylkill River Trail from the rear of the Philadelphia Museum of Art on Thursday, February 8th.  Westbound travel on the Schuylkill Travel will terminate at Paine Skate Park.

SEPTA will be implementing a special parade day public transportation plan to ensure the safe arrival and departure of event goers on Thursday, February 8th.  Details can be found at www.septa.org.

SEPTA Customer Service can be reached at 215-580-7800 and directly on Twitter @septa_social.  For more information on SEPTA and NJ Transit routes and schedules during the Philadelphia Eagles Super Bowl Parade, visit www.septa.org or call 215-580-7800, and www.njtransit.org or call 973-275-5555.

If driving into Center City is necessary, commercial off-street parking lots and garages conveniently are located near the Benjamin Franklin Parkway and Broad Street. Contact individual facilities in advance for rates and availability, or visit the Philadelphia Parking Authority’s website at www.philapark.org for a list of parking options.

Due to security and public safety concerns, parking will not be available at Lincoln Financial Field or the stadium complex.

Visitors are encouraged to contact or visit the websites of individual businesses and institutions to determine hours of operation on Thursday, February 8th.

Residents and businesses can keep informed about developing Eagles information from the City, including transit and public safety details, with free ReadyPhiladelphia text alerts. Simply text ReadyEagles to 888-777 to enroll. To customize your text or email alerts, visit the Office of Emergency Management’s website www.phila.gov/ready. For tips and general information about being prepared and ready at special events,  click HERE to read the Special Event Safety Guide before you attend.

The parade route has been planned with the safety and security of fans in mind.  Tremendous crowds are expected, and we urge everyone attending the parade to celebrate safely and respectfully in a way that will make Philadelphia shine.

The City, SEPTA and public safety related agencies will provide consistent and up-to-date information via ReadyPhiladelphia and social media.  The City urges everyone to stay informed by signing up for free text alerts.  Simply text ReadyEagles to 888-777 to enroll.

To customize your text alerts, or to receive email alerts, visit the Office of Emergency Management’s website www.phila.gov/ready.

Follow the city for updates via the following channels:

Everything you need to know about the Eagles Parade!