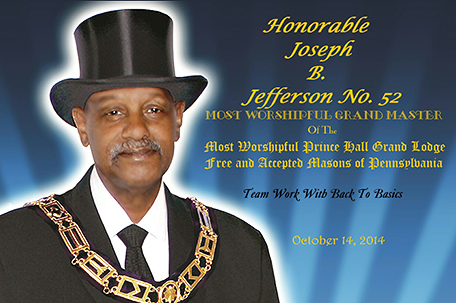 The Prince Hall Masons, the oldest African American fraternal organization in America, is kicking off a years worth of celebrations recognizing more than 200 years of history in Philadelphia and across the globe with a banquet on Saturday, February 20th at 5:00 PM at the Springfield Country Club, 400 Sproul Rd. in Springfield, Pennsylvania.

“This is a special time not only for Prince Hall Masons,” said the Most Worshipful Grand Master Joseph B. Jefferson (the highest office in the organization) “but for the country as a whole”.

“Prince Hall Masons have been a part of the shaping and history of America literally from the beginning,” he continued, “when Prince Hall and 14 free black men received Masonic sublime degrees in Army Lodge No. 441 under the Grand Lodge of Ireland and attached to the 38th British Regiment of Foot” in 1775.”

Though there isn’t a great deal known about the early beginnings of Prince Hall himself, it has been historically established that he was an abolitionist, educator, and organizer who was born in 1735 and died in 1807.

“The role Prince Hall played in the forming of this organization, and it’s guidance during the early years is, I think, one of the most inspiring stories I’ve ever read,” said Right Worshipful Deputy Grand Master Malcolm E. Harris.

“The British were still at war with the colonist, slavery was very much a part of this country, and black men of any rank-free or enslaved-had little or no rights at all”,  he said.  “Yet, he (Prince Hall) managed to organize, lobby, and lay the ground work for something that would last for more than 200 years”.

“This period was literally the beginning of a form of grassroots activism based on overcoming extreme forms of oppression”, said Jewell Williams, Director of Government Affairs for the Prince Hall Masons and also City of Philadelphia Sheriff.

“Allen and Jones founded the Free African Society, were abolitionist, and even voted with their feet by walking away from the Episcopal church to form their own organizations to worship God in dignity and respect,” said Williams.

In fact, he continued, just about every African American male at the vanguard of the struggle for freedom (as well as the entertainment industry) from Supreme Court Justice Thurgood Marshall to Alex Haley, the author of “Roots” and even comedian Richard Pryor and William “Count” Basie were Prince Hall Masons.

There are 44 “Most Worshipful Prince Hall Grand Lodges throughout the world, including the Grand Lodge at Broad Street and Hunting Park Avenue, that oversee about 5,000 subordinate Lodges across the world with approximately 300,000 members.

Saturday’s banquet will be followed by a year’s worth of events and celebrations across the country, including a Founders Day Service on Sunday, February 21st at the Historical Mother Bethel AME Church. 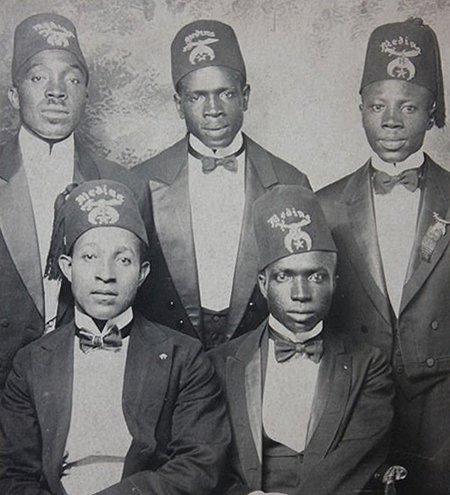 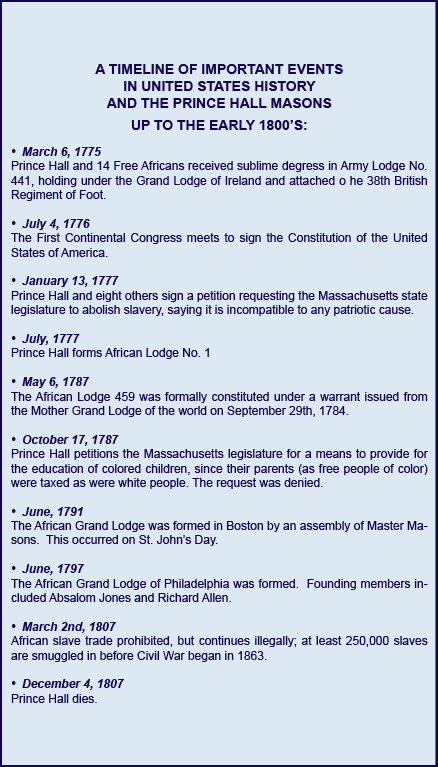