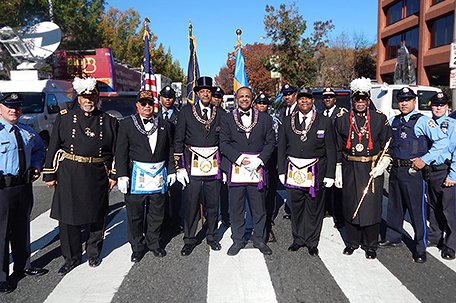 The 200th Anniversary Celebration of the Prince Hall Masons proved to be an outstanding affair that showcased the organization at it’s best, and it’s members, 700 strong, came out in style and dignity for the occasion.

“This is an evening to remember,” said Most Worshipful Grandmaster Joseph B. Jefferson as he surveyed the crowd of Prince Hall Masons, the Order of the Eastern Star (its sister organization), and a host of family and supporters.

“We came together to celebrate a milestone in our history that will never happen again,” added Jefferson, “and we did it in a way I’m sure would make the founders proud we are on the path to another 200 years”. 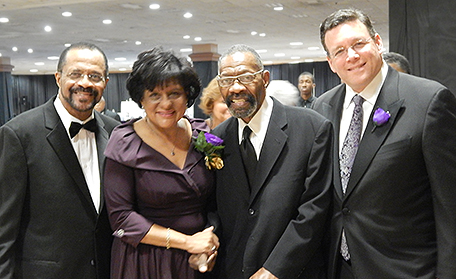 “This (banquet) was absolutely amazing,” exclaimed Deputy Grand Master Malcolm Harris.  “The show of support and enthusiasm for the event is validation that the Prince Hall Masons continue to be a vital and vibrant part of the community, as well as a part of American history that is alive, and stronger than ever”. 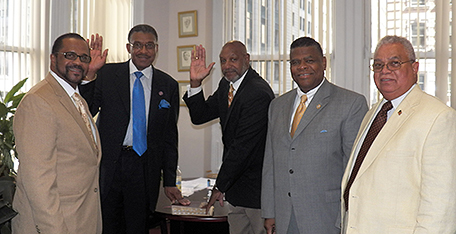 The black and white affair, held at the Springfield Country Club, brought out the best in fashion and form as the men looked regal in their tuxedoes and the women, their gowns adorned with corsages donated by Jewell Williams, the Director of Government Affairs for the Prince Hall Masons.

“It was my pleasure,” said Williams.  “Seeing the smiles, the camaraderie, the pride, the love and the fellowship was only enhanced by the flowers.  It couldn’t have been worn by a better group of women”.