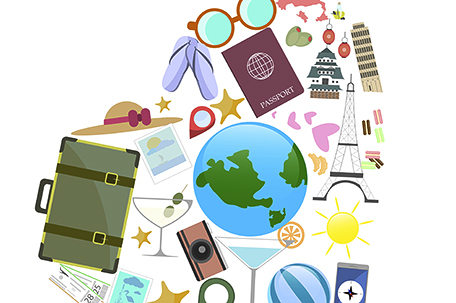 If your summer travels include getting out of the country, you might want to start getting everything you need together now, the State Department says.

Did you know that there are airlines that won’t let you get on board for overseas travel if you don’t have a passport that’s valid for at least six months?

How about the rules of the road when driving in Malaysia? Or Egypt? Or London?

And if you have health insurance, can you use it as easily on the island of Jamaica as you can in Jamaica, New York? How about your cellular phone service?

Where to find the answers to these and other questions was the subject of a panel held by the State Department at the Travel and Adventure Festival held at the Pennsylvania Convention Center last weekend.

Orlando Rivera, director of the Philadelphia Passport Office and Henry Hand, Senior Consular Official at the State Department, joined travel expert Russell Hannon to answer some of the many questions travelers might have as the international landscape changes.

To be an international traveler is to be adventurous, but it also helps to be smart, Hand said. Sometimes the only thing standing between travelers and international incidents is a little bit of research, he said.

“First and foremost, you should learn about the country your going to visit,” Hand said. “Is crime a problem? Is it tsunami season? Doing some research will alert you to potential problems.”

Many of those problems involve paperwork like your passport, your visa if you’re there as a student or to work, and, other things you might not have thought would be a problem.

“You need to be prepared,” Rivera said. “You should always make a copy of the data page of your passport and take pictures of your luggage,” he said. “You should also find out about the country’s passport policy. Some countries require you to carry your passport on your at all times, while other countries don’t. Put it in a Ziploc bag to make sure it stays dry. It’s also a good idea to have the phone number for the American consulate in the country you’re visiting.”

For travelers with health issues, it’s important to find out if your health insurance can be used internationally and what drugs you can and cannot take with you, Rivera said. For example, if you’re taking a Schedule 3 narcotic like Oxycontin or Oxycodone, there are countries in which those drugs are illegal to possess, he said.

One of the things that you might need to keep in mind while traveling, especially if you have a connecting flight into the United States or United Kingdom from a Middle Eastern country, is what you can and can’t bring on as carry-on luggage.

This means that these travelers have to pack such things as laptops, tablet computers like IPads and even larger smart phones into their suitcases as checked baggage.

While that might strike some travelers as inconvenient, it’s a precaution that has become necessary in the world we live in, Hand said.

Fortunately, travelers can find the answers to a lot of these questions on the State Department’s website travel.state.gov. Among the things that you can find on the site are fact sheets on any country you might want to visit, how to renew your passport online, and the phone numbers and addresses for American consulates around the world.

But most importantly, you can sign up for the Smart Traveler Enrollment Program. Through STEP, travelers can get alerts via text message about safety conditions in the country you’re visiting, can connect you with an American embassy in the event of a national disaster, a terrorist attack or another event, and STEP also allows your family easy access to you in the event of an emergency.

For more information, go to travel.state.gov.