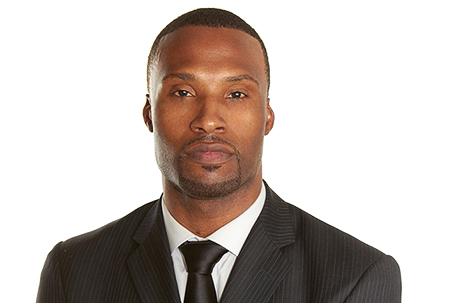 Many know Maurice Henderson locally as a contributing writer for several city newspapers. He has gained a national reputation through television appearances on CBS, NBC, ABC networks and has had articles in the New York Times, Wall Street Journal, Daily News, Philadelphia Inquirer, Washington Post, LA Times, City Paper and numerous other publications. Henderson’s exploration of the black male mentality will be explored in the staging of “Everyman Black: From Manchild to the Promiseland” on Wednesday, June 17, 2015 beginning 6:30PM at the Rotunda Theater, 4014 Walnut Street.

Its been a long time since Henderson has embarked on a successful career as a critically acclaimed and award winning writer of books, plays and filmworks.  His early beginnings as native of Philadelphia included studying and performing for Theatre for Youth at the Societyhill Playhouse. He would eventually go on to achieve notoriety through featuring in 50 books,  over 100 broadcast and print media interviews and 20 plays written and produced nationally.  Noted as a Outstanding Media Personality and Celebrity Scholar, Henderson has taught at Colleges and Universities in New Jersey, Delaware and Pennsylvania. He has served on the faculty of several departments at Temple University since 1985 and also taught at the University of Pennsylvania.

“Everyman Black: From Manchild to the Promiseland” will be his farewell performance in Philadelphia as he prepares to embark on a collegiate career in another state.  This staging will highlight a collection of scenes from his critically acclaimed black male trilogy series and his productions such as “Black Man/Black Woman”, “Baby Mama Drama” and “Oh God, Please Send Me a Do Right Man”.  Through comedy, drama and storytelling, many scenes will recall the specific trials and tribulations of growing up black and male in America. Many of dramatic writings and journalistic syndications were conceived during his Graduate School and Doctoral studies. Henderson has had many of his work performed in New York, especially the Katrina Storm drama “Wade in the Water” at the National Black Theatre and “Black Man in the Bottle” which received critical acclaim during its premiere Off-Broadway.  Both plays were well received and were held over for back by popular demand extended engagements.  His plays have been staged locally at the Annenberg Theater, Walnut Street Theatre and the Shubin Theatre.  He has taught or directed for Freedom Theater, Bushfire Theater and Venture Theater.

“Everyman Black” will be held for one night only on Wednesday, June 17th as a benefit performance for the Alternative Learning Institute’s Family Development Center, LOTS (Life Outside These Streets) and Imani Star Development which is located in West Philly’s 60th Street business corridor.  For more information contact (215) 888-5285 or [email protected]