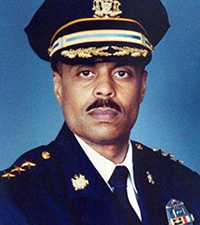 Commissioner Richard Ross says “young men from here” who are hopeless and dealing with poverty are a bigger problem.

Ross also says he doesn’t think local law enforcement “belongs in the immigration business.” He says it’s tough enough for police to build bonds with local residents without having them worry about their immigration status.

Ross listened Friday as Sessions spoke to federal prosecutors in Philadelphia and criticized cities that give “sanctuary” to immigrants who commit crime. He says they should be deported.