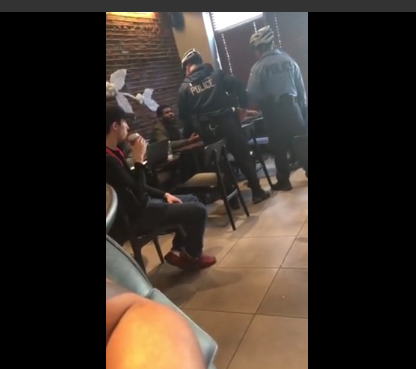 April 16, 2018 Category: Local Posted by: SUN Staff
CENTER CITY (WPVI) –A company spokeswoman confirms that the manager at the Starbucks location at 18th and Spruce streets who called police is no longer an employee at the store.
Protesters have been calling for the manager’s firing since two black men were arrested for trespassing last week while waiting on an acquaintance for a business meeting.

The chief executive officer of Starbucks is in Philadelphia to have a meeting with Mayor Jim Kenney and is hoping to deliver a face-to-face apology to the two men.

The second day of protests has kept the Starbucks store near Rittenhouse Square from opening to the public.

The protesters entered the store Monday morning and chanted, “Starbucks Coffee is anti-black.”