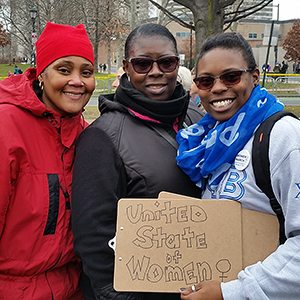 PHILADELPHIA (AP) — Police in Philadelphia say reports that officers will be randomly searching attendees at the women’s march this weekend are inaccurate.

Deputy Commissioner Dennis Wilson says police “are not frisking people” and “are not infringing on anyone’s First Amendment rights in any way.”

His comments Friday come after some activists alleged on social media that police were going to stop and frisk attendees at Saturday’s march.

Streets from 18th to 25th along the Benjamin Franklin Parkway will be blocked and there will be limited entry points. But he says the only screenings will be visual.

Last year’s event drew about 50,000 attendees, much higher than police anticipated. With even more people expected to march on Saturday, Wilson says the department made adjustments accordingly.

He says last year’s march was a peaceful, family-friendly event.