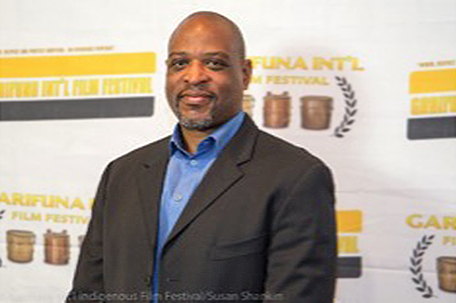 The Philadelphia Branch of the NAACP will host a screening of the award-winning documentary “WALKING WHILE BLACK: L.O.V.E. Is The Answer” at the Tenth Memorial Baptist Church, 1328 N. 19th Street, on Friday, September 15, 2017. A.J. Ali, the director/producer of the film, will be there to offer remarks and a panel discussion featuring Ali and other panelists including members of local law enforcement.

“I’m excited about coming to the City of Brotherly Love to share the ‘L.O.V.E. Is The Answer’ principles displayed in our film and during the discussion afterwards,” Ali said “These are difficult times, and Philadelphia is no stranger to the issues of strained relations between police and community. My hope is that we are able to bring a renewed sense of hope in reconciliation and offer our support in getting there.”

In light of recent events, most notably the police shooting death of David Jones, this is the right time to bring this film to Philadelphia, Minister Rodney Muhammad, president of the Philadelphia N.A.A.C.P, said.

“We are very pleased to be the hosts for the screening of this very important film and we’re glad to not just walk away once the screening is over, but to have a lively panel discussion that will be thought-provoking and compelling,” Muhammad said. “WALKING WHILE BLACK: [L.O.V.E. Is The Answer]’ is very real for us in America, and certainly here in Philadelphia. This discussion is long over-due and we welcome it.”

“WALKING WHILE BLACK: L.O.V.E. Is The Answer” focuses on bridging the gaps between local police and the communities they serve. The acronym L.O.V.E., created by Ali, aims to encourage and empower people enough to get to know their neighbors, and otherwise be a part of the solution in their communities. The film, which opened in February, has been praised by social justice leaders and law enforcement and won the “Best Documentary Film” prize and the “Audience Favorite” prize at the Garifuna International Film Festival in Los Angeles.

Mayor Catherine Pugh of Baltimore, Congressman Elijah Cummings (D-MD), the National Organization of Retired State Troopers, and the National Black State Troopers Coalition have hosted screenings of the film. . Rep. Cummings will host another screening of the film during the CongressionalBlack Caucus Foundation’s Annual Legislative Conference on September 22 in Washington D.C.

Organizations throughout the U.S. are licensing the film for community-wide screenings that are bringing students, peace officers, parents, teachers, activists, pastors, elected officials, and other stakeholders together.