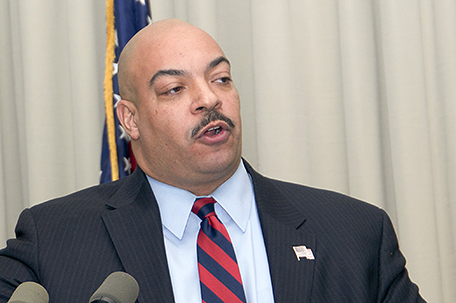 Philadelphia District Attorney Seth Williams says he’s running for an alumni seat on the board of his alma mater, Penn State.

The Philadelphia Inquirer reported Monday that the 1989 graduate plans to seek one of three open seats that are elected by alumni.

The 47-year-old Democrat is in his second term as the city’s top prosecutor.

He says the penalties imposed on Penn State by the NCAA over its handling of the Jerry Sandusky child molestation scandal are excessive.

While at Penn State, Williams headed the black student caucus, was student government president and led a march from Penn State to Harrisburg protesting the university’s investments in South Africa.