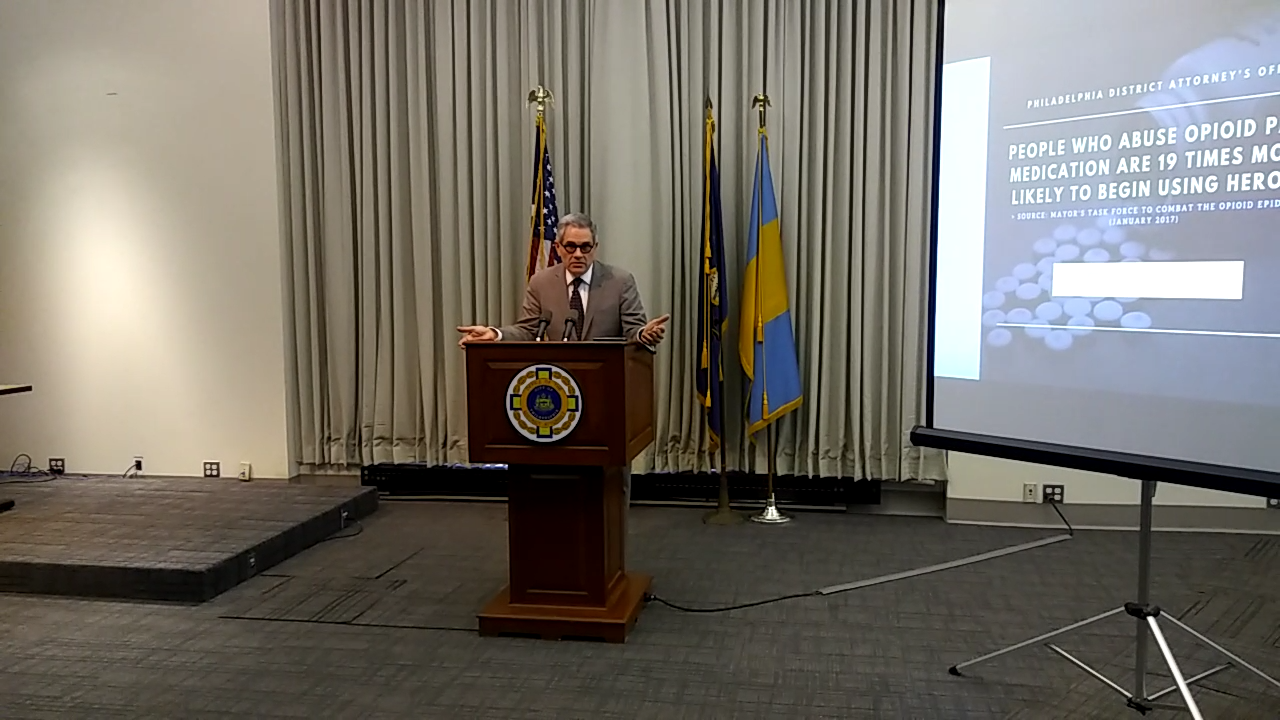 PHILADELPHIA – Philadelphia District Attorney Larry Krasner Wednesday announced the filing of a lawsuit against ten pharmaceutical companies, under the Commonwealth’s Unfair Trade Practices and Consumer Protection Laws, for their role in creating the city’s opioid epidemic. The filing, which was made in Philadelphia’s Court of Common Pleas, was filed on Feb. 2, 2018.

District Attorney Larry Krasner said, “The City of Philadelphia has been hurt, more than any other city in the nation, by the scourge of opioids. The time to act is now, which is why I’ve taken this unprecedented action, in parallel with the City of Philadelphia’s suit, to stop these companies from systematically distracting the public from knowing the true dangers of opioid use as they reap billions of dollars in profits.”

The defendants in the lawsuit are: Purdue Pharma, L.P.; Purdue Pharma, Inc.; The Purdue Frederick Company, Inc.; Allergan Finance, LLC; Cephalon, Inc.; Teva Pharmaceuticals USA, Inc.; Endo Health Solutions, Inc.; Endo Pharmaceuticals, Inc.; Janssen Pharmaceuticals, Inc.; and Johnson & Johnson.
“The City of Philadelphia certainly needs to address the health and treatment aspects of the opioid crisis, because it is devastating our neighborhoods – especially the residents of Kensington and Fairhill, but it also needs to stop the flow of these addictive drugs into our homes,” said Philadelphia City Councilwoman Maria D. Quiñones–Sánchez. “This lawsuit, and the one filed by the City of Philadelphia are a good start, which is why I’m proud to support District Attorney Krasner’s efforts today and am happy to stand with him as we work to stop the pipeline of addiction.”

The lawsuit is designed to recover some of the extraordinary costs that the City of Philadelphia and its citizens have had to bear because of the opioid epidemic. The Consumer Protection Law authorizes either the PA Attorney General or a PA County District Attorney to sue in the name of the Commonwealth if they believe that a manufacturer is using, or planning to use, certain unfair or deceptive practices prohibited by law.

“I have seen first-hand the devastation caused by opioids, and the deadly path that leads users to heroin addiction,” said Philadelphia Health Commissioner Thomas Farley, MD, MPH. “This is a public health crisis. So, it’s time for these companies to help us solve the problem that they have in part caused.”

There are currently sixteen separate lawsuits that have been filed by different counties in Pennsylvania against opioid manufacturers, including one recently filed by the City of Philadelphia. Krasner’s lawsuit is unique because it is the first of its kind filed by a county district attorney under the Consumer Protection Law.

“I’d like to thank Mayor Kenney’s Opioid Task Force and the team of outside, expert attorneys who are working with the Philadelphia District Attorney’s Office on this case, added Krasner.

###
The Philadelphia District Attorney’s Office is the largest prosecutor’s office in Pennsylvania, and one of the largest in the nation. It serves the more than 1.5 million citizens of the City and County of Philadelphia, employing 600 lawyers, detectives and support staff. The District Attorney’s Office is responsible for prosecution of over 75,000 criminal cases annually.