Philly D.A. Krasner releases names of police officers on ‘Do Not Call’ list 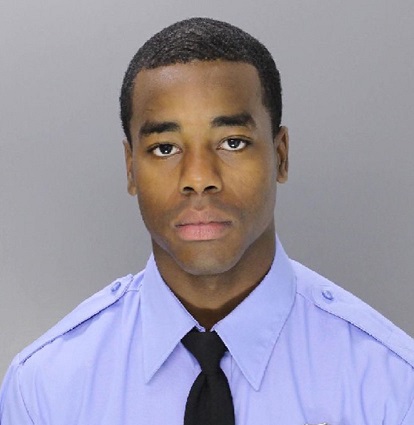 Philadelphia D.A. Larry Krasner has released names of 29 police officers who are on a ‘Do Not Call’ list to be witnesses in court cases due to criminal activity and misconduct ranging from child pornography, sexual abuse, corruption. The police officer who arrested rapper Meek Mill is also on the list.

“The Philadelphia District Attorney’s Office this week disclosed to the public defenders office a list of current and former police officers whom prosecutors have sought to keep off the witness stand over allegations of misconduct. The Inquirer and Daily News obtained a copy of the list on Tuesday. Below are the names of listed officers and summaries of the reasons for their inclusion, as explained on the document. Additional details were gathered through news reports and court documents.

Summary of Facts: Abrams “lied during a departmental investigation and aided and abetted his live-in girlfriend in a prostitution/escort business.”

Finding by Police Board of Inquiry/Arrest: Found guilty on May 16, 2017, of lying during a departmental investigation, conduct unbecoming, and unapproved outside employment.

Finding by Police Board of Inquiry/Arrest: Found guilty on April 23, 2017, of association with person of ill repute and conduct unbecoming.

Summary of facts: Davis “is subject of Federal Investigation [and] likely to face Federal charges.”

Finding by Police Board of Inquiry/Arrest: “Arrest is pending.”

Note: Davis pleaded guilty in federal court in August to trading heroin and other drugs for sexual favors. He retired from the police force last year and is awaiting sentencing.

Finding by Police Board of Inquiry/Arrest: Found guilty on July 14, 2017, of conduct unbecoming and unauthorized and/or excessive use of force in an official capacity.

Summary of Facts: Folly “was arrested and charged with sexual abuse of children (child pornography).”

Note: Folly is free on bail and awaiting trial, according to court records.

Finding by Police Board of Inquiry/Arrest: Retired before his hearing.

Note: Graham’s testimony was central to the arrest of Meek Mill more than a decade ago — a case that has since landed the rapper back in prison due to probation violations. Mill’s attorneys recently filed a motion accusing Graham of lying under oath to secure Mill’s arrest.