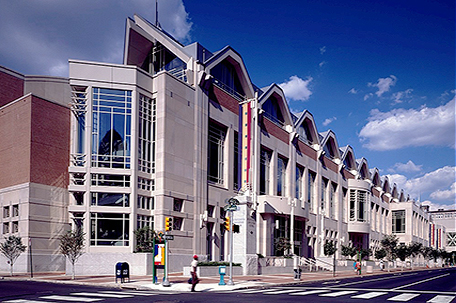 PHILADELPHIA — The City of Philadelphia is canceling tens of thousands of vaccination appointments for the Federal Emergency Management Agency-run vaccination clinic after links for people to get second doses were shared with others seeking first appointments.

The FEMA site at the Pennsylvania Convention Center has shifted for the next three weeks to giving second doses of either the Pfizer or Moderna vaccines to the about 122,000 people who had received first doses earlier this month at the site. Philadelphia Public Health Commissioner Thomas Farley said the appointment links with a QR code sent to people who need to come in for the second dose of vaccine were shared or taken from social media posts and have led to thousands of people trying to schedule first appointments that no longer exist.

“The software is designed to help people schedule appointments not to keep people out,” Farley said at the city’s COVID-19 update Tuesday. “We have cancelled and are cancelling all unauthorized appointments.”

Farley said city health officials are sending emails and making efforts to contact people who scheduled first appointments to tell them not to come. If people without email access do show up, he said clinic workers will help them sign up for other vaccination sites if they are currently eligible under the city’s priority restrictions or will help them register on the vaccination interest database if not.

The FEMA-run site had been allowing walk-in appointments for eligible people who live in more than a dozen zip codes that public health officials had determined were under-represented in vaccinations so far.

Issues with people sharing links to schedule appointments have been ongoing since the clinic opened in early March, city officials said. Thousands of appointments for ineligible residents had been canceled during the first phase of the vaccines.

Farley said the site cannot give out first doses when they don’t have a supply of second doses for those people. He said the city was told this week that the FEMA site will be giving out the single-dose Johnson & Johnson vaccine for the last two weeks of April, meaning they won’t have to find second doses after the FEMA-run operation closes.

Farley said he and city officials do not believe enough people are vaccinated in Philadelphia to match those changes, but said if case rates decline, the city could make those changes on April 30.

For April 4, Farley said the city will begin allowing food service at indoor business meetings and increase capacity for outdoor catered events to 250 people with restrictions.