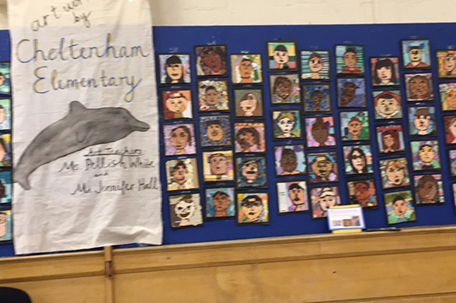 Escalating tensions between African-American students and Cheltenham High School administrators appear to have spilled over recently. Concerned Black parents — tired of battling with the Philadelphia School District over school closings, the merging of other schools, and the increased number of charter schools as the only alternatives for their children — are opting to relocate to Cheltenham Township.

Those who can afford to do so, purchase homes in the Wyncote, Elkins Park and Cedarbrook neighborhoods. Some Philadelphia homeowners have purchased a second home, usually a rental, in these same communities. The Lynnewood Gardens Apartments — a sprawling community of one and two bedroom duplexes and three-bedroom townhouses — has been a popular choice for renters, located just east of the Cheltenham Mall. Many African-American families who want better school choices have been doing this for more than 30 years.

Over the years, the African American population of Cheltenham Township — which has traditionally been a White community — has grown to an estimated 50 percent. As a result, tensions have increased between Black and White students, and in some cases, teachers and students. There has also been controversies brewing placing Black students on slower educational tracks

“Cheltenham schools are still basically good schools,” said Yolanda Adolphus, an African American parent who attended a recent Cheltenham School Board meeting. During this time, there were several meetings that lasted well past midnight at Cheltenham High School and at the Cheltenham Township Administration Building.

Though Adolphus’ children are still in elementary school, when she heard about the growing concerns at Cheltenham High School, she wanted to attend since she plans for her children to eventually go there. “I think people just want basic answers on what will be the next step,” Adolphus said.

Pamela Henry, the mother of three daughters, has been a Cheltenham High School mother for many years. She is currently running for a position on the school board because she feels changes are needed. “I left the meeting at the [Cheltenham High] school about midnight,” Henry said. “I think many are feeling hurt that their voices were not being heard. We have to pay more attention to the young people and to recognize what is really happening. It’s a complex issue that is going to have to take parents, administrators, the board, the principal and the community being involved to come up with a solution. It can be done.”

One parent, who spoke under anonymity, said she was horrified about the school’s current, increasingly hostile climate. She said she was aware that Cheltenham Township police have been at the school many times this year and physical confrontations broke out.

Dick Perez, principal of Cheltenham Elementary, presents certificates to children who opened meeting with the pledge of allegiance

During one of their board meetings, Cheltenham Township School Superintendent Dr. Wagner Marseille outlined preliminary steps to be taken to improve Cheltenham High School for the 2017-2018 year. The theme, “Steps Taken to Address Survey and Work Toward a Safer, Positive Climate” included having a full-time security manager; a proposal to reduce hallway traffic, and increasing security officers. Currently, the school has four vice-principals, but no disciplinarian dean, so there was a proposal to have a stationed assistant superintendent at the school.

Among the proposals was to create an alternative school for some of the students, including those who are academically behind or have emotionally disruptive patterns. There is also a proposal to partner with the University of Pennsylvania for a mentoring program, including staff adjustments.

Some African-American parents said they would be among those willing to work on implementing a disciplinary code at the Cheltenham High. Others said they would work on committees to ensure that African-American students are not put back into discriminatory tracking systems of the past. Many said that parents of disruptive students need to be held more accountable. The district is still working out the details to these new initiatives as of press time.