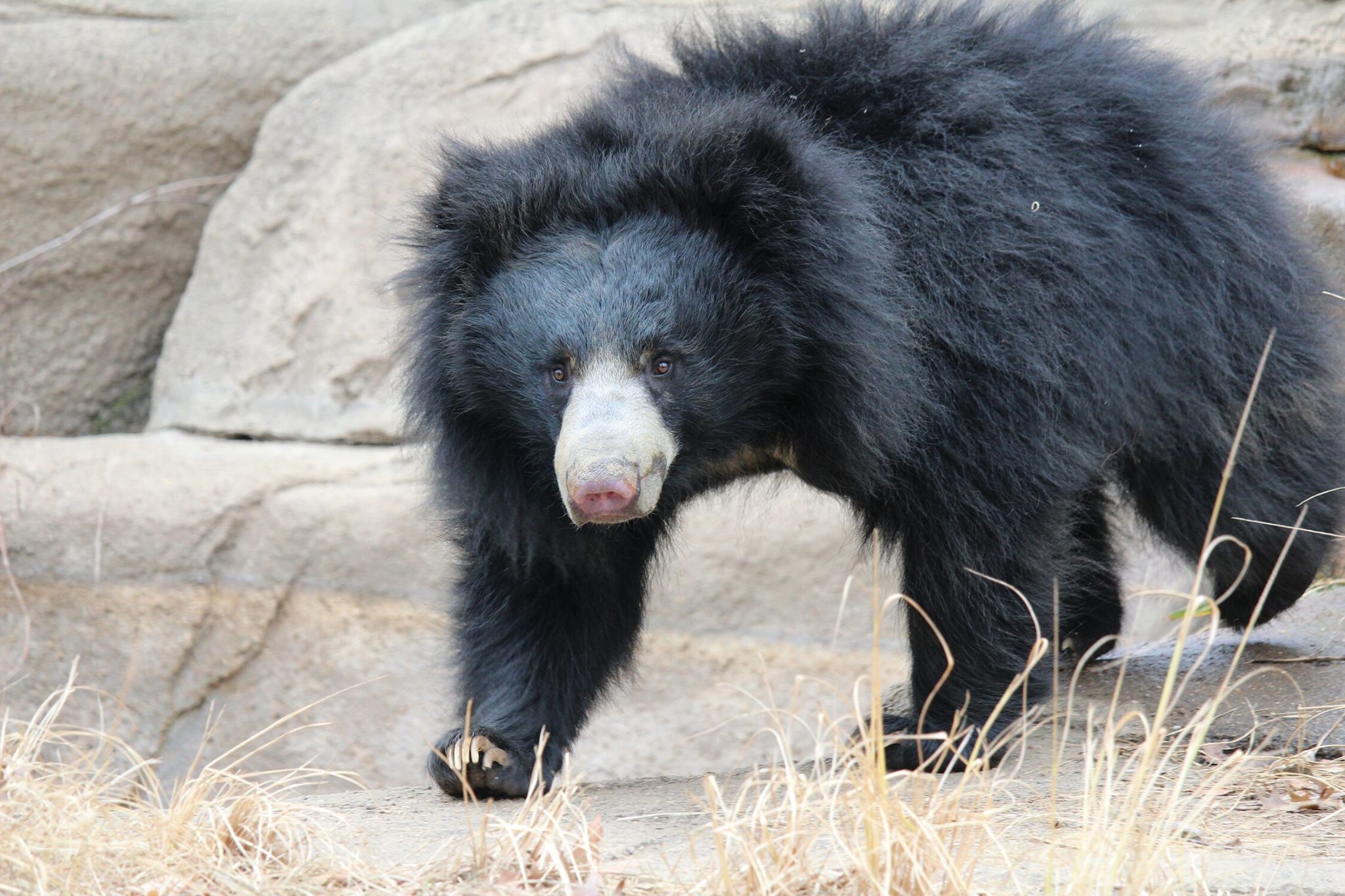 Philadelphia, PA – Philadelphia Zoo is pleased to welcome a new member to its family: an adorable sloth bear cub born to Kayla, the Zoo’s 7-year-old female and 6-year old Bhalu on December 11th.  This is the first successful birth for Kayla and Bhalu, and the first healthy sloth bear born at Philadelphia Zoo since 1997. Last year, Kayla had one cub that died very shortly after birth, there was also a second cub in this current litter, which also died shortly after birth. The gender of the cub has not yet been determined.

Mother and cub are doing well and the Zoo’s keeper staff continue to monitor them in their den by camera. Kayla is showing great maternal behavior and has been in constant physical contact with her infant since the birth. On camera, she looks confident and relaxed while caring for the cub.

“We are excited to welcome Kayla and Bhalu’s new cub,” says Dr. Andy Baker, Philadelphia Zoo’s Chief Operating Officer.  “In the summer of 2015, Kayla arrived from the San Diego Zoo and Bhalu from the Brookfield Zoo on a Species Survival Plan® (SSP) breeding program with the hopes of successful breeding. We are thrilled this match was successful. This birth is a significant contribution to the overall sloth bear  population in the U.S.,” says Baker.

The typical gestation period for a sloth bear is about 6-7 months. Like other bears, they have delayed implantation, meaning that the fertilized egg does not attach to the uterine wall and start developing right away, and that delay is variable. Many baby bears do not survive their fragile first days. Keeper staff will continue to monitor  Kayla in her den from a remote camera, and keep her environment quiet to give her the best opportunity to rear her cub.

Sloth bears are small at birth, weighing only about a pound, and are essentially helpless, relying completely on their mother for care. Mom will typically care for young for several months in a sheltered den before the cub begins to emerge. Sloth bear cubs can begin walking on their own at about a month old, emerge from the den at 3-4 months, ride on their mother’s back by clinging to her long fur up to six months, nurse up to a year, and remain with their mother for 2-3 years.  Father bears are not at all involved with infant care, or even nearby in the wild. So, dad, Bhalu will continue spending time with the other male sloth bear Balawat.

Sloth bears can weigh up to 300 pounds when fully grown. The species has several distinctive features and behaviors. Their unique flexible snouts act as a vacuum cleaner in sucking up termites or ants from trees. Aside from insects, sloth bears also eat fruits, flowers, sugar cane and honey.

Philadelphia Zoo works with the Species Survival Plan® (SSP) breeding program of the Association of Zoos and Aquariums (AZA), whose goal is to manage populations of threatened, endangered and other species across AZA zoos, to maintain long-term genetic and demographic viability.

Sloth bears are found in the lowland forests of India, Nepal, and Sri Lanka and are listed as vulnerable by the International Union for Conservation of Nature (IUCN) with populations declining dramatically in recent decades due to habitat loss, human-wildlife conflict and poaching.