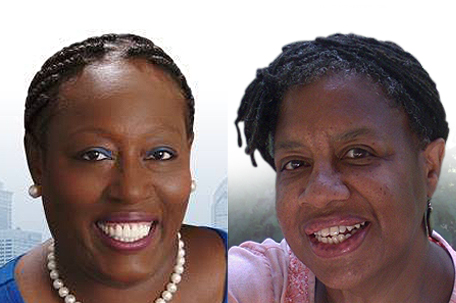 Faces both old and new will be vying for the right to represent sections of Philadelphia in a Special Election to be held in just over a week.

The Philadelphia delegation to the Pennsylvania State Assembly has undergone a lot of changes in the last year.

While Brown and Bishop are waiting for their day in court, Brownlee and Waters made deals that included less jail time and allowed them to keep their pensions. In exchange, they had to resign their seats in the 191st and 195th Districts.

Meanwhile, State Sen. Mike Stack became Lt. Gov. Mike Stack, which left his seat open. State Rep. John Sabatina, ran for the seat, won it, and had to resign his seat in the 174th District.

Thanks to this game of musical chairs, voters in these three districts will get to pick new State Reps in a special election on Aug. 11. The winners will serve the expired terms of the people they’re replacing and will be eligible to run for full terms next year.

Let’s take a look at who’s vying for these offices:

In the 174th District, Republican Timothy Dailey and former City Councilman Ed Neilson are vying for the seat.

Dailey has been a teacher at Father Judge High School for the last 20 years and is an active member of the Association of Catholic School Teachers, Local 1776.

Neilson has a two-seat Special Election winning streak. He represented the 169th Legislative District when it was in Northeast Philadelphia, winning the seat in a special election in 2012 and he won the right to finish the unexpired term of former City Councilman Bill Green in another special election. He’s hoping to continue his winning streak with a victory in the 174th district.

McClinton has been the chief counsel to State Sen. Anthony Hardy Williams since 2013, meaning that she hopes to join State Rep. Jordan Harris and City Councilman Kenyatta Johnson in the Williams tradition of public service.

Wilkins is a businessman and health logistics specialist from East Lansdowne. He also spent 20 years in the Army, which included duty in Iraq.

In the 195th District, the race is between Democrat Donna Bullock, Republican Adam Lang, and Judith Robinson, who is hoping to make history by winning the race as a write-in.

Bullock is the Community and Economic Development Coordinator for City Council President Darrell Clarke. She was an associate at Laura Solomon, Esq. and Associates prior to that and was also a staff attorney at Community Legal Services.

Lang is a Computer Network Engineer and a longtime political activist. He’s a member of the Brewerytown-Sharswood Civic Association.

Robinson, who is relying on an electorate that has done a bad job of helping write-in candidates get elected, is the owner of Complete Real Estate services and has been a realtor since 1985. She’s a longtime anti-gentrification activist in North Philadelphia.

Remember, you can only vote in these races if you live in those districts. If you’re not sure if you’re eligible to participate in these elections, please go to the Committee of Seventy’s website at www.seventy.org or 855-SEVENTY (738-3689). You can also contact the City Commissioner’s office at www.philadelphiavotes.org or 215-686-3462.

Who’s in charge of elections in Philadelphia?