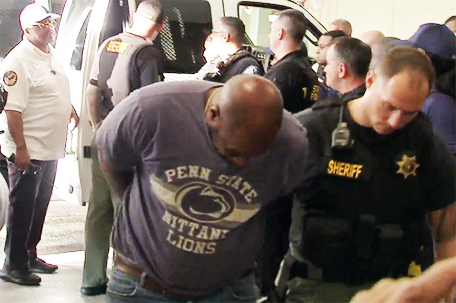 The Sheriff’s Office of Philadelphia conducted Operation Night Sweep, an overnight citywide raid, in the early morning hours of Friday, August 24, 2018 and apprehended 17 fugitives wanted on criminal and civil offenses.

The arrested defendants were sought on charges such as aggravated assault, robbery, burglary, narcotics, DUI, theft and the total amount of delinquent child support represented by the arrests is $165,436.38.

“This is not unusual for us, because we go out on warrants every day,” Sheriff Jewell Williams said. “There are over 65,000 outstanding warrants in the city of Philadelphia and surrounding areas that need to be served.

We work very hard to make that happen every day. There are over 10,000 protection from abuse orders and we chip away at that every day,” he said.