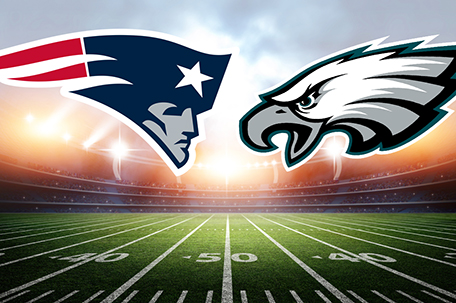 Norfolk County Sheriff Michael G. Bellotti and Philadelphia County Sheriff Jewell Williams have never met, but that is about to change. In the spirit of good sportsmanship, they have entered into a Super Bowl bet calling for the loser to don the opposing team’s jersey and travel to the winner’s hometown to swear him in as a deputy.

“I look forward to meeting Sheriff Bellotti,” says Philadelphia Sheriff Jewell Williams.  “Our cities do share a common heritage in the founding story of our nation and we share many of the same concerns for progressive policies in law enforcement. We also share a love of sports. I just hope he looks good in green because I am getting an Eagles jersey ready for him.”

Williams is in his second term as Sheriff of Philadelphia County after his initial election to that office in 2012. Bellotti, whose district includes the town of Foxborough, where the Patriots play, was first elected Sheriff of Norfolk County in 1998. Both men previously served in their respective state legislatures and are known for their progressive, practical politics.

Williams is an avid Eagles fan, and Bellotti is a Patriots season ticket holder. Once the dust settles from Sunday’s game, the two men said they will determine a mutually suitable date to settle their bet. Both said they are looking forward to it.