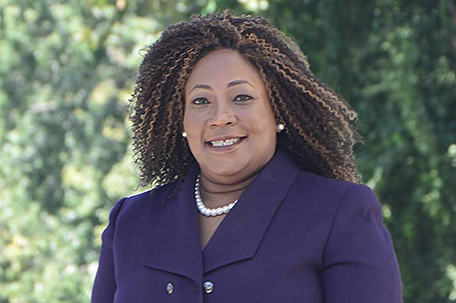 Philadelphia Sheriff  Rochelle Bilal has issued the following statement: “I have had the past few days to reflect on the death of George Floyd while in the custody of the Minneapolis police department.

This incident is a tragedy that should not have happened to any human being.

As a 27-year veteran of the Philadelphia Police Department, I know that the majority of men and women in law enforcement take dignity in doing their difficult job the right way, without exception.

It is shameful for any member of law enforcement to use techniques that subsequently murder innocent lives.

It is very encouraging that the authorities in Minneapolis have taken former officer Derek Chauvin into custody to face justice.

For the three other officers who stood by and allowed this action to take place without intervening is in fact inhumane and against their better judgment.

Their conduct should be reprimanded under the law.  As a country, we need to do more to practice the equality guaranteed to us all by the U.S. Constitution.”

Editor’s Note: Since the printing of this statement, former officer Derek Chavin’s charges have been upgraded to second degree murder and officers Tou Thao, Thomas Lane and J. Alexander Kueng on Wednesday charged with aiding and abetting Floyd’s murder.