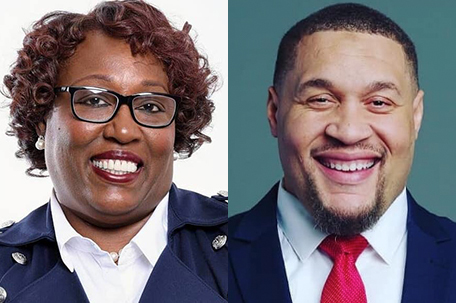 Although the weather was flawless, the tradition of low voter turnout in Philadelphia’s primary election stood unchallenged.

In fact, numbers were on par or only slightly down compared to primary years, although anecdotally, they seemed much lower to individual voters as they scanned many nearly empty polling places, or were surprised to learn how many of their neighbors had not voted.

Others blamed the closed primary system, although independents were allowed to vote on the ballot questions.

In a primary election that boasted one of the largest slate of local candidates in four decades, those who did vote, took slightly longer in the voting booth to make their selections.

Four local races — for CIty Commissioner, Court of Common Pleas Judge, Municipal Judge, and Register of Wills —  as well as one statewide race for Superior Court Judge, were among the several contests decided on Tuesday.

Three candidates bested 10 others in one of the largest slate of candidates for the office of City Commissioner in Philadelphia’s history.

From one commissioner — Anthony Clark, who was AWOL throughout his tenure and does not vote — to the controversial procurement process of the ExpressVote XL voting machines, the office has recently been under intense scrutiny.

In spite of this, two incumbents — Democrat  Lisa Deeley and Republican Al Schmidt (who ran unopposed) — won the race handily.

Grassroots activist Omar Sabir emerged from the slate of highly qualified candidates to win the third seat with the highest percentage of the vote — 24.51%, over 70,000 voters.

Voting rights attorney and advocate Khalil Williams — who received an impressive 16.65% of the total vote, over 48,000 votes — was philosophical in a statement he posted to his Facebook page as he thanked his supporters and vowed to continue fighting for the issues he ran on.

“We’ll continue to push the office for a robust election protection strategy in 2020 and beyond, for committed advocacy for election reform at the state level, for better civics education in our schools, and much more,” he wrote.

James Crumlish, Carmella Jacquinto, Anthony Kyriakakis, Tiffany Palmer, Joshua Roberts and Jennifer Schultz bested 19 other candidates in one of the office’s youngest and most diverse group of candidates to date. Beth Grossman, who ran on both tickets, won the Republican race.

“To both Democrats and Republicans who voted for me, I cannot thank you enough for the privilege of your votes. (Proud of the 23,000+ Democratic votes for a Republican candidate!),” Grossman posted on her official Facebook page. “Although I did not get on the Democratic ballot for the general election, I will be on the Republican ballot in November. Looking forward to meeting Democrats, Republicans and Independents on the campaign trail.”

Brunson spoke about the experience and some of her concerns about the process in a Facebook post thanking her supporters.

“Although I received more than 66,000 votes, it was not enough to win a seat on the Municipal Court,” Brunson wrote. “Thank you to everyone who supported me, prayed for me and gave me advice on this journey. I have learned a lot, met a lot of good people and saw the ugly truth about some others. No African Americans were elected as Judges in Philadelphia yesterday. I vow to do all I can to expose and remove the bias in this system that causes this phenomenon. The struggle continues…”

Tracey Gordon — who ran on a platform which included improving the efficiency of the generational wealth transfer process, increasing public education efforts regarding the office and the importance of making a will — bested long-time incumbent Ron Donatucci,  making history as the first African American and woman elected to the office.

“We overcame, and took out a 40-year incumbent,” she told supporters during a Facebook Live session. “ It is a new day in Philadelphia. I promise, as the new Register of Wills, that change is coming.”

“There’s nothing more important than meeting voters face-to-face—nothing more valuable,” King wrote on her official campaign Facebook page. “I look forward to meeting more of you and continuing to gain your confidence as I seek a seat on the Superior Court. Together, with my running-mate, Judge Christylee Peck, we’ll travel far and wide to your counties and look forward to this next chapter of our campaign.”