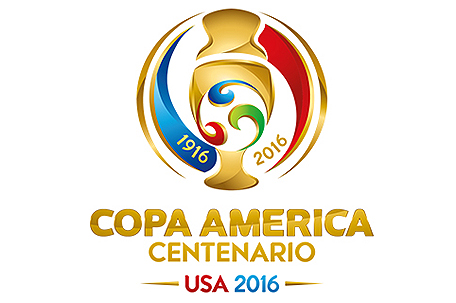 To be among the first to access tickets to this event, fans can visit www.CA2016.com to register early and guarantee access to information as it becomes available. Current Philadelphia Union and Philadelphia Eagles Season Ticket Members will also be eligible to purchase tickets during an exclusive sale. More information on the ticket allocation process will be communicated in the coming weeks. To purchase Union season tickets, call 877-21-UNION or visit www.philadelphiaunion.com/tickets/seasontickets.

“On behalf of the Philadelphia Union, we’re ecstatic for this city to have the opportunity to host some of biggest international games on the 2016 calendar,” Union Chief Revenue Officer and Executive Vice President Dave Rowan said. “In coordination with Lincoln Financial Field, the Philadelphia Eagles and the Philadelphia Sports Congress, we’ll do everything in our power to ensure the best possible environment at these games.”

Chosen from among 24 candidates that originally submitted bids earlier this year, the stadiums passed rigorous standards – including minimum seating capacity of 60,000 and other world-class infrastructure requirements – in order to host matches of this high-profile tournament which is sure to draw multitudes of fans to venues across the country.

“The 10 host cities of Copa America Centenario 2016 will provide the perfect stage to unite the American continent in a unique celebration of the football history and talent in the CONCACAF and CONMEBOL regions,” said Alfredo Hawit, President of CONCACAF. “We are certain that the host country and the U.S. Soccer Federation, in their roles, will not only display the growing passion for the sport, but also contribute to expanding the legacy and magnitude of this tournament by providing a memorable experience for the whole footballing community.”

The final two teams from CONCACAF will be determined in a double-header playoff set to be disputed Jan. 8, 2016, in Panama City.  Trinidad & Tobago will face Haiti, and Panama squares off against Cuba with the winners qualifying for the Copa America Centenario.

The South American field for the tournament features Argentina, Bolivia, Brazil, Chile, Colombia, Ecuador, Paraguay, Peru, Uruguay and Venezuela. Uruguay has been crowned champion of the Copa America a record 15 times, while Chile won its first title at this past year’s edition, which it hosted.

CONCACAF and CONMEBOL have partnered for the historic 2016 Copa America tournament, setting a new standard for inter-confederation cooperation in the Americas and worldwide. The Copa America Centenario Local Organizing Committee, formed by tournament host U.S. Soccer, is a separate entity responsible for certain logistical and organizational details of the competition.