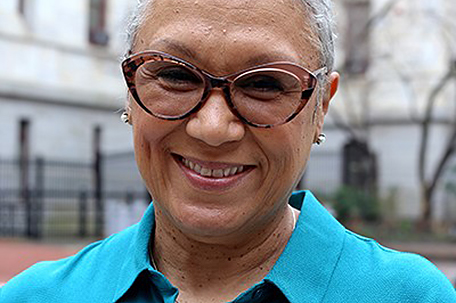 PHILADELPHIA — The Philadelphia school board unanimously voted Thursday to adopt a “welcoming sanctuary schools” policy, assuring immigrant students and families they will be safe from immigration authorities while at school or school activities, and promising more training for staff on how to respond to Immigrations and Custom Enforcement officials.

The vote comes after months of negotiations with Juntos, an immigrant rights advocacy group in South Philadelphia, that pushed the district to pass the resolution as the first step in a larger platform seeking language equity, improved cultural instruction and other educational justice reforms.

School Board Vice President Leticia Egea-Hinton said the resolution was a critical step in “making sure that all Philadelphia public schools are havens for immigrant students and their families.”

The Philadelphia School District has policies in place prohibiting the release of information about students if approached by ICE. It also provides a “toolkit” to teachers on best ways to support immigrant students. Advocates and others say the verbose documents are hard to navigate and daunting when staff needs to know what to do quickly.

Juntos conducted a survey of teachers and administrators about the district’s existing policies around ICE involvement in its schools last year and found 75% said they had not been trained on matters involving ICE, and 73% said they didn’t know who to notify if ICE asked about students.

The resolution calls for the district to develop an “emergency response plan,” part of which would look at providing counseling and emotional support for immigrant students who are affected by an immigration enforcement action in the community. It also calls for a plan to provide relevant training for staff, contractors and volunteers on who to contact and how to respond to ICE be developed within 100 days.

The terms sanctuary school or sanctuary city are not legal terms but have come to symbolize a promise to protect and support immigrant communities and decline to voluntarily supply information to immigration enforcement officials.

ICE has previously designated schools to be sensitive locations, along with churches, medical appointments, victim services and a few other locations, where agents are dissuaded from conducting enforcement actions. Those guidelines are supposed to also include school-affiliated activities and bus stops when students are present, but immigration advocates have noted agents have not always followed those guidelines.

In 2020, a pregnant mother from Honduras was detained by ICE in front of a Philadelphia elementary school after dropping her daughter off. The action sparked widespread panic in the immigrant community.