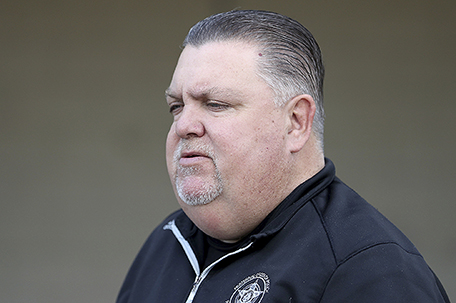 ABOVE PHOTO: John McNesby, president of the Fraternal Order of Police Lodge No. 5, talks to reporters outside their lodge in Philadelphia on April 8, 2020. (David Maialetti/The Philadelphia Inquirer via AP)

Philadelphia city workers will be required to be vaccinated or get an exemption by mid-January, city health officials said last Friday.

The new mandate covers workers represented by four city labor unions, as well as some city contractors, and requires two doses or an approved exemption by Jan. 14.

Officials said employees who fail to comply will be considered unable to fulfill their duties and will be placed on unpaid leave for no longer than 15 days. Continued refusal to be vaccinated could result in firing, city officials wrote.

“As public servants, we bear a responsibility to mitigate the harm that would result from inadvertent transmission of COVID-19 to our colleagues and the public and to set an example for other organizations and companies,” Mayor Jim Kenney wrote in an emailed announcement of the new policy. “We owe it to our city — and to ourselves — to do all we can to keep us all safe.”

The mandate reverses course on allowing employees to opt out, instead requiring an approved medical or religious exemption.

Officials at the union representing many of the city’s 6,000-plus police officers said they plan to fight the mandate.

“Any vaccine mandate is subject to bargaining, and this is specifically covered under our recent contract. The FOP is going back before the contract arbitration panel, which has jurisdiction over any mandate,” said John McNesby, president of the Philadelphia Lodge of the Fraternal Order of Police.

McNesby said union leadership is talking with its lawyers about potential litigation in local, state or federal courts regarding the mandate.