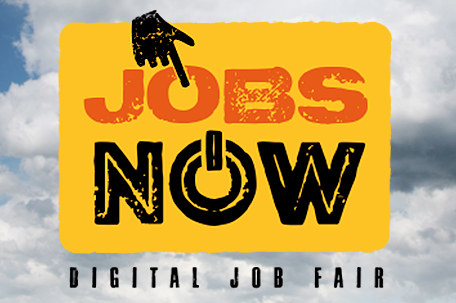 Philadelphia Opportunities Industrialization Center, Inc. (OIC) will respond to persistent high unemployment in some of the city’s poorest neighborhoods by hosting a digital job fair on Monday, Jan. 18, 2016, from 11 AM to 3 PM for the Martin Luther King Jr., Day of Service. The digital job fair will provide up to 70 computer workstations where patrons can apply for available jobs in real time from leading employers from the hospitality and non-hospitality sectors. Leading public officials will address the clients, volunteers and community leaders, including the Honorable James F. Kenney, Mayor of the City of Philadelphia, and Kathleen McGinty, Democratic U.S. Senate candidate, and former Chief of Staff for Pennsylvania Gov. Tom Wolf.

People looking for jobs can register for the job fair at www.jobsnowphilly.com or www.philaoic.org. They may also call 215-372-7003, or 215-236-7700. OIC is also looking for volunteers from companies, especially tech companies, churches and schools. Volunteers may register at the same websites and or call the same phone numbers.

“While employment numbers continue to improve across the country, and in the commonwealth, in the neighborhoods where we serve thousands each year, we continue to see higher than acceptable unemployment,” said Dr. Kevin R. Johnson, Philadelphia OIC President and Chief Executive Officer. “The digital job fair meets real needs on two fronts. First we will connect people to jobs where employers are ready to hire. Second in a world where almost all jobs are available online, and where increasingly digital capability is a requirement for even entry-level positions, helping people gain competence and confidence using computers to apply for jobs is something, which will position them to be competitive and successful in their future careers.”

Philadelphia OIC is a leading workforce development agency based in North Philadelphia. It served 4,000 client visitors in 2015 alone with computer classes in topics from introduction to computers to more advanced courses in social media, blogging and the Microsoft Office Suite. In January, OIC announced the launch of CODE OIC – a partnership with Coded By U and Wilco Electronic Systems.

OIC’s research indicates even an entry-level job in technology could pay up to $62,000 a year, for as little as $5,000 per student investment in training. Moreover, a sampling of data from the more than 3,600 client visitors who have taken computer classes from OIC in 2015 indicated an estimated 62 percent of its clients come from five of the 10 poorest zip codes in Philadelphia, including one-third who come from 19121, the second poorest zip code in Philadelphia. The poverty rates are from the Pew Research Center’s State of the City 2013 report. Additional research suggests as many as 600,000 Philadelphia residents might lack the technology skills needed for jobs in all sectors by 2030.

“Educating and enabling more people in our city to apply for jobs is only the beginning to a real effort to create jobs now in our region, and build a path to shared prosperity throughout our great city,” Dr. Johnson said.