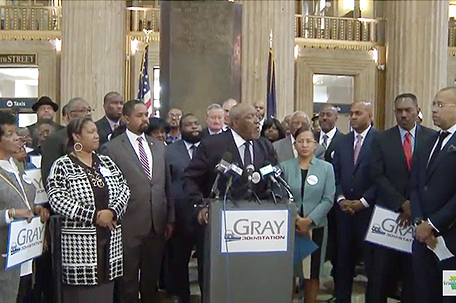 U.S. Senator Bob Casey (D- Pa) and Mayor Jim Kenney joined local elected and community leaders on Friday morning at Philadelphia’s 30th St Station, calling on Amtrak to abide by a federal law renaming the station after the late Congressman Bill Gray. Legislation to rename the station the “William H. Gray III 30th Street Station” was approved by Congress and signed into law by President Obama in August 2014. Since then, Amtrak has taken no action to move forward on the station’s rededication. The effort to push for Amtrak’s compliance with the law is being coordinated by the William H. Gray III Memorial Committee. 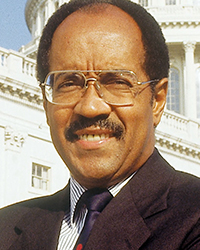 “Bill Gray stood for justice and equality, and we’re proud to honor his legacy permanently and prominently,” said Mayor Kenney. “30th Street Station is the first impression many people get of Philadelphia. That is why we believe it is appropriate that this building honor a man who fought so hard for our values on Capitol Hill. It’s beyond time for Amtrak to abide by Congress’s ruling and officially make this the William H. Gray III 30th Street Station.”

“We are here to urge Amtrak, without further delay, to obey the law and change the name of this train station,” said State Rep. Curtis Thomas (D- 181st Dist.), chair of the Urgency of Now Coalition. “Give it a real identity by renaming it the William H. Gray 30th Street Station.”

“We should not have this battle,” said Philadelphia Councilwoman Jannie Blackwell (D- 3rd Dist.). “All of us are in full agreement, federal, state, and local. Let’s have it done, Amtrak.”

“If there is anyone in this city, in this state, in this country that this station deserves to be named after, it is William Herbert Gray III,” said former Philadelphia mayor Rev. Dr. W. Wilson Goode. “I join with Senator Casey and Mayor Kenney to say, it should have been done already.”

Video of the September 29th press conference at 30th Street Station is available at Facebook.com/Gray30thStation.