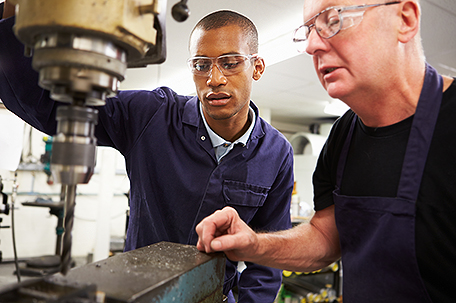 Philadelphia City Council’s Committee on Commerce and Economic Development will hold a public hearing regarding the development of cooperatives in the City of Philadelphia and initiatives to support their growth on Monday, October 24, 1-3 pm, in City Hall, Room 400.  A recent report highlights the efforts in ten cities to develop worker co-ops as a way to create quality jobs, and to build wealth for individuals and communities.

Mayors and local elected leaders from around the country are adding cooperatives to their economic development toolboxes. In New York, city funding has helped to triple the number of worker cooperatives, and in Denver, CO, the city loaned money to support the development of a food cooperative in one of the poorest neighborhoods in the city.  In Rochester, New York, the city and its major institutions are investing in a $1.7 billion plan to use co-ops as a way to economically revive the city.

“We know that worker-owned businesses are more likely to provide living wage jobs and profit sharing to their members, and are less likely to leave the community they are in,” reported Mayor Paul Soglin of Madison, Wisconsin, which approved $5 million in funding for technical assistance and the creation of a cooperative loan fund.

Cooperatives are enterprises that are owned and democratically controlled by their members, the people who work there, use the co-op’s services, or buy its goods. In the cooperative business model, ownership is rooted in the community and profits are equitably distributed, re-circulating money to local stakeholders rather than exporting it to absent shareholders.

The growth of the cooperative sector creates new jobs and increases tax revenue for the city. Co-ops are not new —there are more than 100 co-ops in the greater Philadelphia area already, and dozens of startup co-ops are now organizing across the region.

“This is the first time Philadelphia has seriously looked at cooperatives as a way to create jobs and build community wealth,” said PACA executive director Peter Frank. “We hope our city will step up and help Philadelphia residents who are organizing new community-owned and worker-owned businesses in our communities.”

The public is invited to hear national and local experts discuss how cooperatives are being used to address inequality and how the city can assist cooperatives in building the local economy at the public hearing on October 24 in City Hall Room 400.